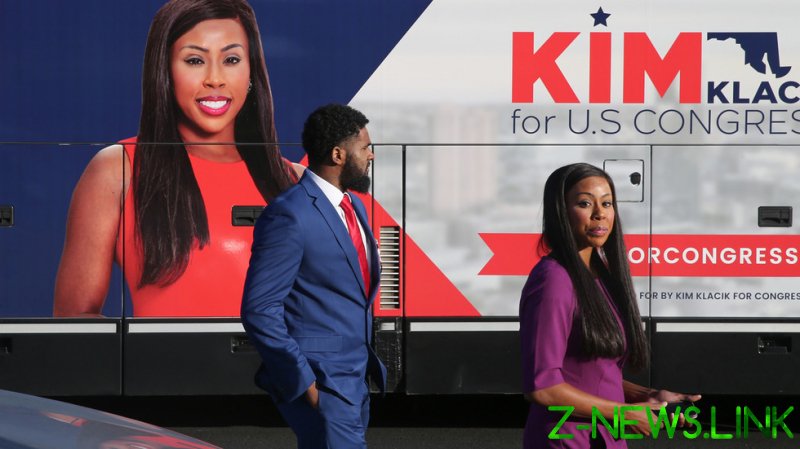 Other “facts” she pointed out to her 500,000-plus followers included that “Mitch McConnell’s wife is Chinese,”“the coronavirus is from China,” and a promise that she will run for Congress again in 2022.

Klacik, who became popular among Republican voters thanks to a viral ad of her walking through Baltimore and accusing Democrats of not caring about black lives, ran to represent Maryland’s 7th congressional district in a special April election, as well as the November election.

The Republican’s tweets targeting McConnell and Zuckerberg’s wives drew most of the criticism, with many pointing out that McConnell’s wife is from Taiwan and the Facebook founder’s spouse, Priscilla Chan, was actually born in the US.

“I get what you’re saying, but not every Chinese person is affiliated with the [Chinese Communist Party],” another user pointed out.

Even more conservative pundits pushed back against Klacik’s tweets, especially her message seemingly targeting McConnell’s wife, Elaine Chao, the US secretary of transportation.

“Someone’s decided they are done with their political career I see,” writer Stephen L. Miller penned in response.

“I made so many people mad tonight on twitter that I don’t actually care about. It happens,” she tweeted in response to criticism.

In Sunday tweets, Klacik, who raised over $8 million in her race and is now campaigning in Georgia, praised Trump and said the “establishment on both sides must go.”

She also appeared to blame voter fraud on her election loss.