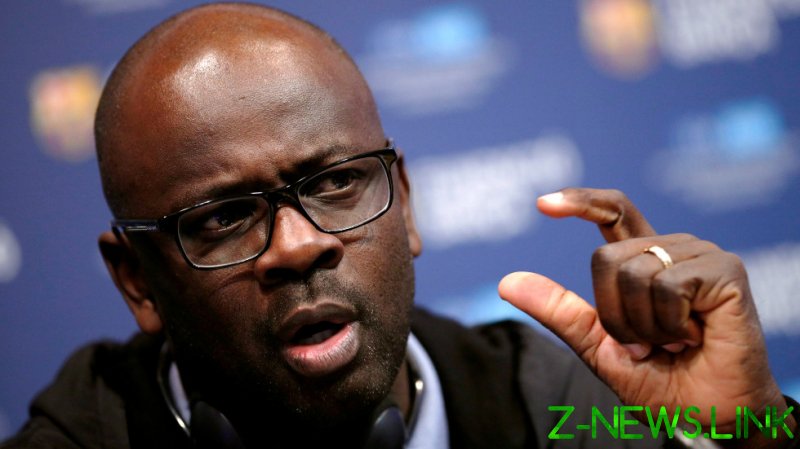 Lilian Thuram, who played a key role in France’s famously multicultural squad winning the World Cup in 1998, has combined his political activism with authoring a new book, ‘White Thinking: Behind the Mask of Racial Identity’.

The 49-year-old critic of former French president Nicolas Sarkozy believes it is “hypocritical” that players who suffer racism during matches are asked for solutions, which he says is a situation positioning victims as “the problem.”

“It is up to white players, who are usually in the majority, to refuse to play on,” the ex-defender told the Guardian.

“Then the powers-that-be will be forced to take action, because otherwise their business will suffer.

“No-one is born black or white. It is important that people who are said to be white understand what it is to be white.

“We all need to be aware that history has led to us wearing skin-color masks and, in the book, I invite people to remove those masks.

“To remove them, you have to know the history of these identities linked to skin color, the social hierarchies that were devised.

“It has always been a political construction designed to smash the ties of solidarity between human beings in order to exploit certain people so that a minority can get rich.”

According to the outlet, Thuram calls for “race suicide” and an end to “identity prisons” in the book.

“To be able to change, we have to lift ourselves out of categories: men, women, black and white, and so on,” the former Juventus and Barcelona defender argued.

“We have to promote the idea that we are human beings before anything else. Generally speaking, the majority don’t want change because they have settled into their habits. So a minority has to be able to instigate change.”

Thuram strongly believes in the value of the taking of the knee by players before matches, which has become widespread as part of the Black Lives Matter campaign but is seen by some as divisive and has been the subject of booing in stadiums and ensuing political rows.

“It’s very important that players continue to take the knee before matches to condemn the injustices that affect people of color,” urged the 142-cap Bleus hero.

“English football has to be congratulated for continuing to do this; they are really pioneers in developing awareness, at least in football. What they are doing encourages people to reflect.”