‘Quite a dangerous place’: British minister warns Northern Irish stability could be threatened amid unionist anger at Brexit deal 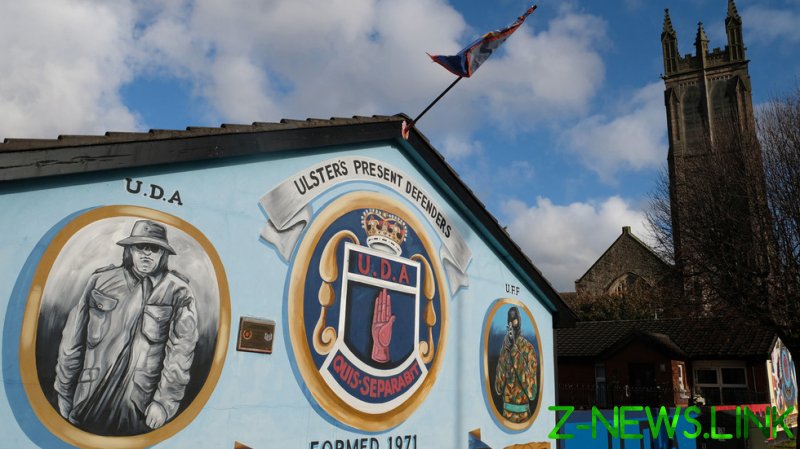 “If the unionist community feel that the Protocol is breaching the Good Friday agreement and moving away from the spirit of it, then we’re in quite a dangerous place in terms of stability of not just the executive but the north-south institutions,” Lewis told reporters.

Earlier, the LCC – an umbrella group of several outlawed paramilitary groups in Northern Ireland – called on both the UK government and the EU to alter Article 16 of the Withdrawal Agreement, known as the Northern Article Protocol, seeing it as breaching parts of the 1998 peace deal.

“I’ve no doubt we could get a workable solution, but it does require Brussels and Dublin to return to honouring the core guarantees of the [1998] agreement,” LCC chairman David Campbell said on Friday.

The Brexit Withdrawal Agreement included a provision to prevent the creation of a hard border between Northern Ireland and Republic of Ireland, protecting the peace process between the two nations.

Instead, goods can freely cross between those countries but must face EU checks if they move from Northern Ireland to any other part of the United Kingdom.

The measure was a contentious part of the Brexit negotiations, as it was felt that border measures between Northern Ireland and the Republic of Ireland would risk compromising key elements of the 1998 Good Friday Agreement, which ended decades of violence in the region between Nationalists, who wanted a united Ireland, and Unionists, who supported being part of the UK.

On Friday, Lewis said that the UK government was forced to extend grace periods on border checks for goods entering Northern Ireland, so products headed for supermarkets are not delayed by Brexit red tape.

The statement from the LCC chairman is the latest warning from loyalty paramilitaries over the risk that maintaining Article 16 poses to the peace protest.

Earlier this month, the same group sent a letter to the UK prime minister, telling him that until the Northern Ireland Protocol was removed, their organisation was withdrawing its support for the Good Friday Agreement.

The concerns of the LCC have been reiterated by politicians in Northern Ireland, who have criticized the EU for refusing to alter the Brexit agreement to address their concerns about its impact on peace in the region. Speaking at the start of March, Northern Ireland’s first minister, Arlene Foster, attacked the EU for its “very belligerent approach” and unwillingness to accept the impact Article 16 is having.

The EU recently responded to the criticism, and the UK’s attempt to unilaterally extend the Brexit grace period to delay the formal introduction of the measures required under the Withdrawal Agreement, by launching legal action against the British government. The EU Commission’s vice president, Maros Sefcovic, claimed that “The Protocol on Ireland and Northern Ireland is the only way to protect the Good Friday (Belfast) Agreement and to preserve peace and stability.”