Queen’s gambit: Andrew Cuomo’s downfall is meant to protect the establishment, not hold it accountable 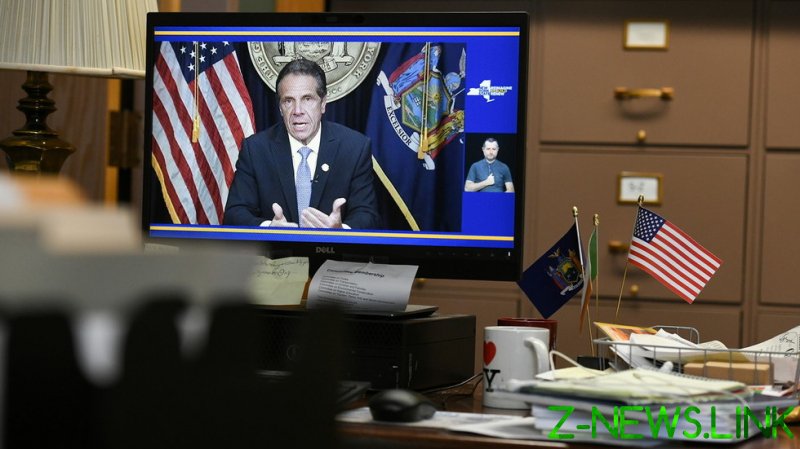 The Queens-born Cuomo announced his resignation on Tuesday, as New York legislators prepared to impeach him over mounting accusations of sexual harassment and impropriety. He maintained innocence, claimed he didn’t realize how “the lines had shifted,” and said he was stepping aside out of “love” for New York and a desire to keep the government running free of “distractions.”

And if you believe any of that, I have a bridge named after his father Mario to sell you.

On the surface, the story is simple. Eleven women came forward with plausible-sounding stories of Cuomo groping and otherwise harassing them. Last week, the state attorney general said her office found the accusations credible – but did not press criminal charges. One of the accusers then filed a civil lawsuit.

All of a sudden, Democrats were united in condemning Cuomo, one of their own, as a sex pest who must go. His top aide resigned, followed by a prominent activist who helped Cuomo smear his accusers. Then, on Tuesday morning, the New Yorker ran a piece by Ronan Farrow digging up dirt on Cuomo going back to the Obama years. It was clear that his fate was sealed at that point.

A year ago, this scenario would have been unthinkable, however. Cuomo was not just a hero, but the hero of the Covid-19 pandemic, extolled by the corporate media establishment as the antithesis of President Donald Trump and an example of what every governor should do. He won an Emmy for his televised Covid-19 briefings, and got a multi-million-dollar book deal for a memoir on “leadership lessons.”

There will of course be no apology from any of the people who created the image of Cuomo as a hero and flattered urban liberals as ‘Cuomosexuals’. At best, they will now try to memory-hole that embarrassingly fawning coverage. Though as it turns out, people kept receipts.

By focusing on Cuomo as a sex pest, the media-Democrat complex – the same one that manufactured a heroic figure out of him in 2020 – was able to shove under the rug a far more problematic issue involving the governor. Thousands of elderly New Yorkers died in state nursing homes in 2020, in no small part because Cuomo ordered them to accept Covid-positive patients. Even the Wall Street Journal and the New York Times eventually admitted that Cuomo and his aides covered up the true extent of the carnage.

Yet there was never any pressure from the party or the White House on him to resign over that. Doing so would have had consequences for other Democrat governors, such as Gretchen Whitmer in Michigan and Tom Wolf in Pennsylvania. Those just happen to be states where, unlike in New York, Republicans have legislative majorities. So the Biden administration dropped the probe into their nursing home deaths last month.

Already the press is pivoting to point out that Cuomo’s exit means New York will be governed by a woman for the first time ever – Lieutenant Governor Kathy Hochul, that is. This kind of identity politics is par for the course for the party, but even it takes a back seat to considerations of power.

Think back to early 2020, when then-candidate Joe Biden was accused of assaulting an aide during his Senate days. The Democrat-media complex was quick to denounce the notion of believing women as a “right-wing canard” and openly admitted to wanting Biden’s “coronation.” As journalist Glenn Greenwald put it at the time, #MeBlue trumped #MeToo.

That ‘principle’ held true even for racism, the issue supposedly so sacred to Democrats. In early 2019, Virginia Governor Ralph Northam was exposed for having worn either KKK robes or blackface in a medical school yearbook photo. Biden himself had joined in the initial denunciations and calls for the Democrat’s resignation…until it emerged that Northam’s deputy Justin Fairfax was under the cloud of sexual harassment allegations. This would have sent the choice of new governor to the state’s then-Republican majority legislature, and that simply wouldn’t do. The media dropped the issue until the Democrats captured both chambers of the state legislature – while Republicans gave up, as they usually do.

With all this in mind, it becomes obvious that Cuomo was ‘whacked’ by the establishment. Perhaps Biden and VP Kamala Harris made him an offer he couldn’t refuse. Either way, removing him in this fashion covers for other Democrat governors, and certainly eliminates a potential contender for party leadership when it inevitably becomes vacant – as pointed out by political observers far more astute than myself.

Cuomo’s downfall should serve as an object lesson in how the media and the US political establishment function. Sadly, that’s as likely to actually happen as the loved ones of his nursing home victims getting anything resembling justice.