Qualcomm is testing a new card from the middle segment

Qualcomm not long ago were pleased with the announcement of a new flagship Snapdragon processor 845, which will be the basis of all high-end smartphones in 2018, including the Samsung S9 and Xiaomi Mi 7. But for the middle segment, she also prepared a new year gift: today started testing of Snapdragon 670. 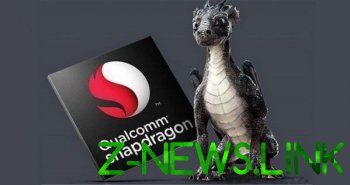 New Qualcomm Snapdragon 670 will replace two CPU – 625 and 660, although the first is likely to depart in the budget sector of the market. There is no precise data when the processor will appear in the lineup of new smartphones, but experts are betting on the second or third quart of the new year, and some very optimistic point not in the first quarter.

Test stand for testing the capabilities of the new Snapdragon 670, in fact, does not exist: instead, he assembled a prototype of the smartphone middle class with 4 and 6 GB of RAM standard LPDD4X, Quad HD screen, a camera 23 and 13 megapixels for the main and front respectively, and with 64 and 128 GB of memory eMMC 5.1. In all likelihood, these are maximum specifications for the Snapdragon 670, but 6 GB of RAM in the smartphone middle segment, and even the screen like the current Samsung flagships is at least very good. Qualcomm itself has not made any announcements and does not disclose any details about his new brainchild.