Qualcomm announced the technical specifications of the Snapdragon 845 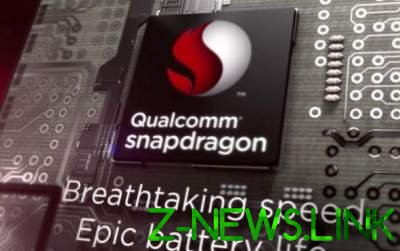 Qualcomm has announced details about its new Snapdragon 845 during your event in Hawaii.

Snapdragon 845 will be produced for the same 10-nanometer FinFET technology, which the current model’s Snapdragon 835.

Chip needs to bring overall performance improvements and longer battery life. Snapdragon got 845 385 Kryo CPU, which contains four high-performance cores and four power efficient. However, the architecture of processor cores remained the same as that of the Snapdragon 835. Senior cluster will operate at a frequency up to 2.8 GHz, and younger — up to 1.8 GHz. This should provide the advantage of 30% before the CPU in the Snapdragon 835.

The photos will be even sharper and clearer, especially in low-light conditions. 845 Snapdragon chip will allow manufacturers of Android phones to take advantage of photography technology called “multi-frame noise reduction” for images up to 16 megapixels. This will allow the smartphones to shoot up to 60 photos per second and combine them into one photo to reduce noise.

In addition, the Snapdragon 845 received a new image processor (ISP) 280 Spectra with support for video capture Premium UHD (4K HDR) with a frequency of 60 K/S. That is, the future flagship smartphone can shoot 4K video HDR.

“The result is a picture that is more vivid, and more importantly, much more realistic. The colors are less muted and the opportunity to object to a greater depth. This is not a gimmick, it is a direct improvement”, – noted journalists.

Snapdragon 845 will allow producers to use not just the face or the imprint of a human finger to unlock the smartphone, but also the voice and the pattern of the iris of the eye. Also, there is improved support for artificial intelligence.

Qualcomm will supply the Snapdragon 845 in the beginning of 2018. On a new platform Qualcomm will probably be the model Galaxy S9/S9+, intended for sale in the U.S. market, as well as devices from Sony, LG and Google. Also, the head Xiaomi lei Jun confirmed that the Snapdragon 845 will be installed in the flagship smartphone from Xiaomi Mi7.