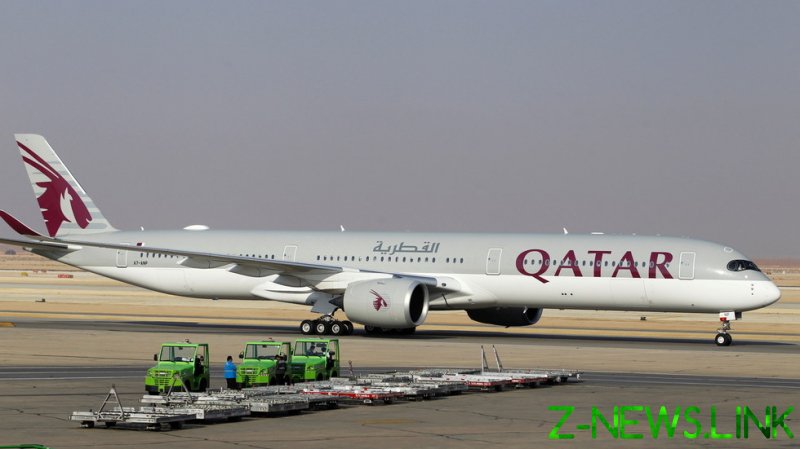 The move was announced by Qatar Airways in a statement on Thursday, with the airline saying its regulator advised it to temporarily put 13 Airbus A350 planes out of service.

“Qatar Airways continues to closely monitor the significant condition across its Airbus A350 fleet in which the fuselage surface below the paint is degrading at an accelerated rate,” the statement reads.

The grounding is “effectively removing them from service until such time as the root cause can be established and a satisfactory solution made available to permanently correct the underlying condition,” the airline added.

Qatar Airways did not specify which parts of the A350 fuselage are affected. The aircraft is the first Airbus model to be largely made of carbon fiber-reinforced polymer. Certain sections of the wide-body plane’s fuselage, however, are made of more conventional materials, such as aluminum alloy.

Back in June, the company withdrew an unspecified number of A350s from service, as it was resolving what it called an ongoing “quality issue”. At the time, the carrier said it halted further deliveries of aircraft of that type, having already received 53 out of the 76 ordered. It was not immediately clear whether the June issue related to fuselage degradation as well.

The carrier is now demanding the aircraft maker resolve the fuselage issue for good.

“With this latest development, we sincerely expect that Airbus treats this matter with the proper attention that it requires,” the airline’s CEO Akbar Al Baker stressed. “Qatar Airways expects Airbus to have established the root cause and permanently corrected the underlying condition to the satisfaction of Qatar Airways and our regulator before we take delivery of any further A350 aircraft.”

To alleviate any potential shortage of seats due to the suspension of some of its fleet, the company said it is now bringing back its retired A330 planes, but did not specify how many of the older aircraft will be put back into use.