‘QAnon Shaman’ should get jail time to set example – prosecutors 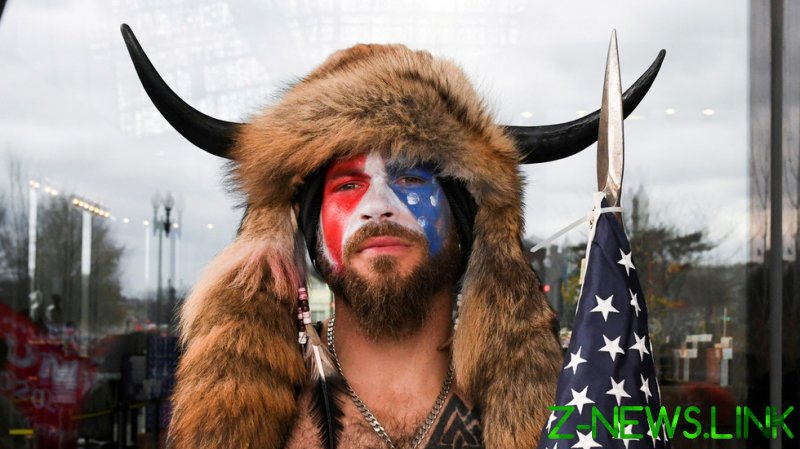 Clad in fur, facepaint, and Viking-style horns, Chansley is instantly recognizable from photos and videos of the pro-Trump riot on Capitol Hill in January. After languishing in solitary confinement for seven months, Chansley pleaded guilty in September to obstructing the certification of President Joe Biden’s electoral victory, a federal offense.

Government prosecutors requested on Tuesday that Chansley be sentenced to 51 months’ imprisonment, followed by three years of supervised release, according to a court filing.

The sentence would be the harshest handed out to a Capitol rioter so far. Only one other felony defendant – 38-year-old Paul Hodgkins from Florida – has been sentenced to prison time for participating in the riot. Like Chansley, Hodgkins did not commit any acts of violence, but was sentenced to eight months in prison for obstructing Congress.

Prosecutors wrote in their filing that Chansley was being singled out for harsh treatment based on his conduct, and as a deterrent against any would-be rioters in the future.

“The defendant was among the first 30 rioters to penetrate the US Capitol building,” the filing read. “The defendant then stalked the hallowed halls of the building, riling up other members of the mob with his screaming obscenities about our nation’s lawmakers, and flouting the ‘opportunity‘ to rid our government of those he has long considered to be traitors.”

Prosecutors are looking for a stiffer sentence for Chansley than for Scott Fairlamb, a New Jersey MMA fighter who pleaded guilty in August to assaulting a police officer during the riot, and who is facing a sentence of 44 months in prison. US District Court Judge Royce Lamberth will decide both men’s final sentences next Wednesday.