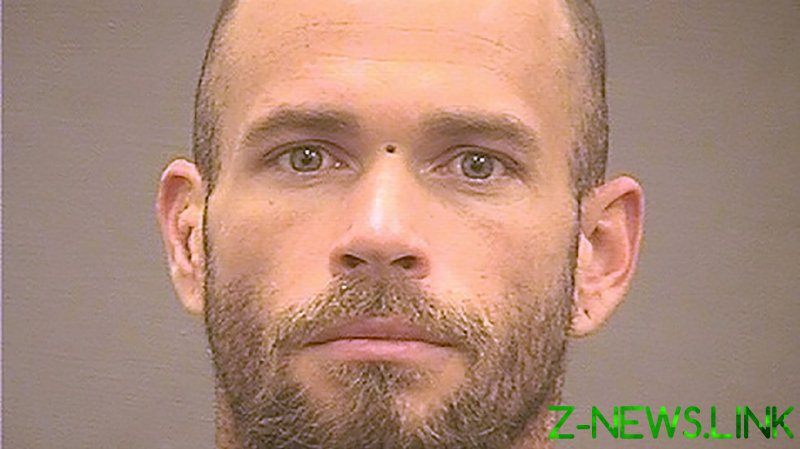 “I am deeply disappointed in former President Trump,” Jacob Chansley, the Arizona man who calls himself the QAnon Shaman, said Monday in a statement to CNN. “He was not honorable. He let a lot of peaceful people down.”

Chansley issued his statement from jail through his lawyer, Albert Watkins, who expounded on Trump’s evils in an interview Monday night with CNN host Chris Cuomo. Late last month, Watkins told the Associated Press that his client felt “betrayed” after not receiving a pardon from Trump, and would be willing to testify at the former president’s Senate impeachment trial.

That statement apparently made Chansley newsworthy enough to book his lawyer for a CNN interview on the eve of the trial’s start. Other media outlets, such as the Daily Beast, ABC News and Newsweek, also have done stories on Chansley’s plight in recent days.

Chansley, who carried a megaphone and an American flag attached to a spear at the riot, was previously a symbol of the mob that was accused by Democrats of trying to overthrow the government. He was shown on video in the Senate chamber scrawling a message to Mike Pence, the former vice president, saying, “It’s only a matter of time. Justice is coming!”

But now that he’s turned against Trump, Chansley has become an object lesson for a mainstream-media talking point: He’s among millions of Americans who need to be “deprogrammed” after years of being lied to by the former president.

Asked whether Chansley now believes that Trump legitimately lost the November 3 election to Joe Biden and lied to his supporters about voting fraud, Watkins said, “The answer is yes. The process, though, is not something that Jake is going through alone. The process of unwinding from years of Trump, years of lies.” Cumo said:

You make it sound like he’s being deprogrammed from a cult.

Watkins replied that he likens the cult of Trump to the Jonestown suicides by more than 900 followers of Peoples Temple leader Jim Jones in 1978 in Guyana.

“This is very real for these people, and these are our brothers and our sisters and our families,” Watkins said. “The unwinding process is not going to be completed at the end of this week, whenever this impeachment trial is concluded. It’s not going to be over by the time of the next election. It’s a process that’s going to require patience and compassion.”

The lawyer added that because Chansley was smart, introspective and took advantage of his time alone after being arrested on January 9, he moved through the deprogramming process quickly.

The QAnon Shaman faces up to 20 years in prison on a six-count federal indictment – which might stand in the way of his becoming a frequently cited Trump hater like John Bolton, Michael Cohen or Michael Avenatti – but he could follow Cohen in writing a scandalous book while incarcerated.

In his statement, he apologized for entering the Capitol and said he will leave the judging of Trump “to other people.” But the effort to portray Chansley as a peaceful activist who merely drank the Kool-Aid served by a cult leader could be problematic, not least because of the threatening note he left for Pence. And in a video clip that Cuomo played to demonstrate that the rioters were directly following Trump’s direction, Chansley told a reporter just as the riot was ending that “We sent a message to Congress that if they don’t do as is their oath to do, if they don’t uphold the Constitution, then we will remove them from office one way or another.”

Nevertheless, Watkins argued that more than four years of lies from Trump and the lack of real-life human socialization during the Covid-19 pandemic “created an environment on January 6 that was not one month in the making. For people like Jake, for millions of Americans, they truly did hang on every word – their president, our president, the person that we permitted day-in, day-out to speak to us in ways and in fashions that weren’t true.”