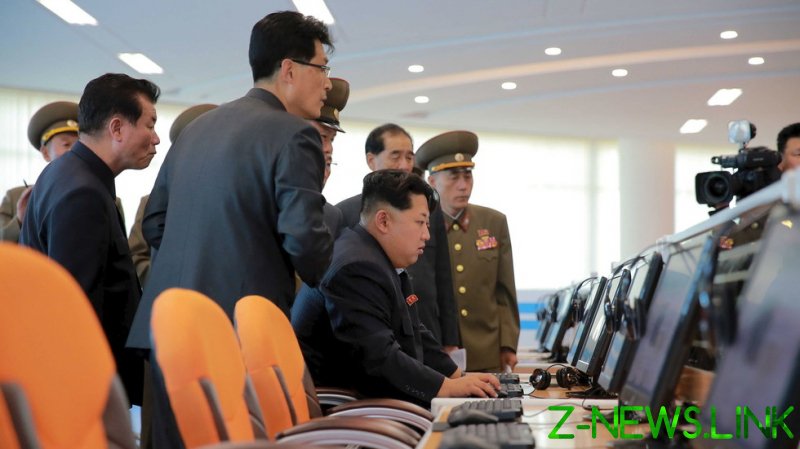 On Saturday, North Korea had broadcast a coded message to its agents, notably using YouTube instead of radio waves, the Yonhap News Agency and other Southern and international outlets have reported. The message was read by a female announcer and contained phrases such as “No. 23 on Page 564, No. 19 on Page 479” addressed to “No. 719 expedition agents.”

It’s an example of the time-tested cryptography that both Pyongyang and Seoul used during the Cold War to communicate instructions to their agents across the border. A reference book is needed to decipher their meaning.

The Northern messages began to be re-sent a few years ago, after a lengthy silence. At the time, a conservative administration hostile toward Pyongyang was in power in Seoul. The messages were covered widely by local news, with Western tabloids relaying to their readers the “creepy” broadcasts presumably sent by Kim Jong-un to his spies. After the political attitude in the South shifted towards rapprochement under a new leadership, the attention paid to the spy signals dwindled accordingly.

Saturday’s message was deemed newsworthy because it was transmitted through YouTube rather than broadcast on the radio, marking Pyongyang’s apparent embrace of modern technology for espionage. It was viewed by thousands of people before being deleted.

However, it appears the reports may have overstated the link between the YouTube channel and the government in the North.

According to NK News, an authoritative Western outlet covering North Korean news, ’Pyongyang Broadcast Service – D.P.R. of Korea’, the channel used to convey the instructions, is a private operation run from Mexico. In fact, even the name is not correct, since the official North Korean government outlet is called ‘Pyongyang Broadcasting Service’.

The broadcast was apparently a genuine Northern message recorded from the radio, judging by the interference that could be heard in the background, tech expert Martyn Williams explained for NK News.

The YouTube channel in question has existed under different names since 2007. It may not be conveying fresh directives to North Korean spies, but there is plenty of other content from the North there, such as this rendition of a popular Soviet song, performed by singer Kim Kwang-suk.