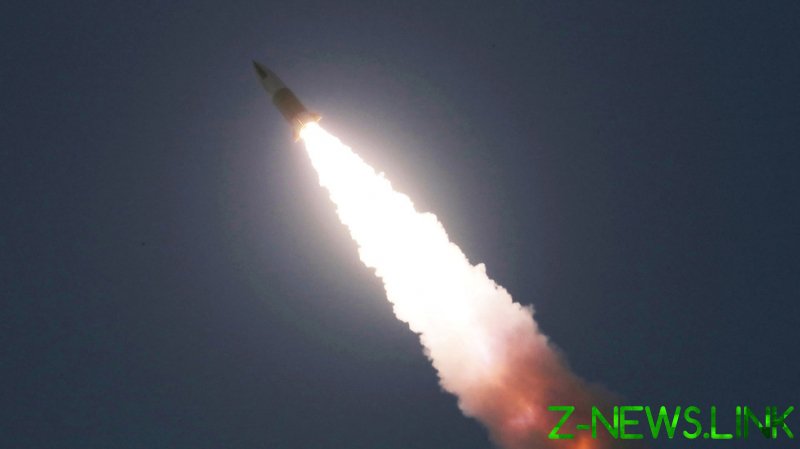 The test-fire was carried out on Thursday, according to the state-affiliated KNCA,

Two of the new munitions were tested, which are said to use improved solid fuel engines and heavier  warheads weighing 2.5 tons.

The projectiles “accurately hit the target set in waters 600 kilometers off the east coast of Korea,” the report said, adding that the test was overseen by Ri Pyong Chol, a member of the political bureau of North Korea’s ruling Workers’ Party.

The missiles were reportedly fired from North Korea’s South Hamgyong province, and flew some 450 kilometers (280 miles) before plunging into the Sea of Japan, according to the earlier estimates by the South Korean military.

While cruise missiles launches are not explicitly banned under the scope of the UN resolutions on North Korea, testing of ballistic missiles is prohibited.

“These launches violate multiple U.N. Security Council resolutions and threaten the region and the broader international community,” a spokesman for the US State Department stated.

It has been speculated that the latest spate of launches might be timed with US President Joe Biden’s first press conference, which he held on Thursday evening. South Korean lawmakers that were briefed by the national intelligence service (NIS) in wake of the latest launch told Yonhap news agency that Biden’s presser was deemed “one of the possible reasons” behind the barrage of rockets fired by Pyongyang in the recent days.

Earlier this month, North Korea officially ruled out any contact with the new US administration at least until Washnigton abandons its hostile policy towards the nation. North Korea’s First Vice-Minister of Foreign Affairs Choe Son Hui dubbed multiple attempts by US officials to reach out to the North “cheap tricks” and the notion of Pyongyang posing an imminent threat “a lunatic theory.”