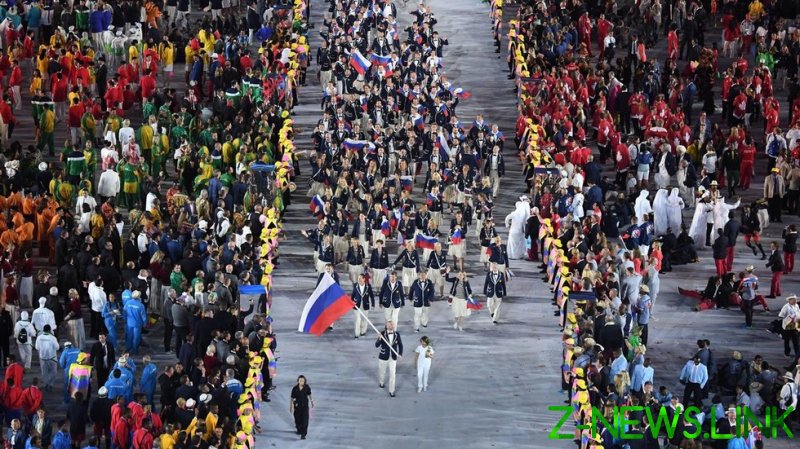 The CAS ruling was “based on a flawed and one-sided assessment of the facts,” RUSADA said in a press release following a “detailed review” of the decision that the Swiss-based court took on December 17. At that time, the court sided with the World Anti-Doping Agency (WADA) and banned Russia as a country from major international sporting events for the next two years.

This means that the Russian flag and anthem will be absent from the next two Olympics – Tokyo in the summer of 2021, and the Winter Games in Beijing in February 2022 – as well as the FIFA World Cup in Qatar in 2022 should the Russian team qualify. Russian athletes that qualify for the tournaments will have to perform as neutrals.

The ban was upheld after WADA accused RUSADA of manipulating laboratory data it sent to the agency in 2019 as part of the terms of its reinstatement. RUSADA said the court neglected submissions and evidence provided by the Russian side and effectively punished the agency for something that was outside of its power.

In comments on the ruling, RUSADA said the agency never had access to a copy of the data of the Moscow anti-doping laboratory which WADA said was manipulated.

“RUSADA considers that this decision not only contravenes basic principles of fairness, but is also unwarranted in light of the significant progress made by RUSADA during the reinstatement process, and which has been, again, expressly acknowledged by WADA.”

The agency also called sanctions imposed by the court “wholly unsubstantiated and unjustified.” The CAS also rejected WADA’s request to collectively sanction all Russian athletes, including the innocent ones. Because of this, RUSADA will not challenge the decision in the Swiss Supreme Court, the agency said.

“Innocent athletes should never be held responsible for the actions of the few individuals who commit anti-doping rule violations,” the agency said, adding that “putting the interests of Russian athletes and Russian sport first… RUSADA has made the decision not to challenge the CAS award.”

The agency said that this chapter in the history of Russian and international sports is now “closed” and it will focus on working with WADA to fully restore its membership status with the organization.

This sentiment was also expressed by Sports Minister Oleg Matytsin in the immediate aftermath of the court ruling in December. “We just need to learn the lessons of the past and move forward. We need to stay open and continue working on a professional level,” he said at the time, adding that Russia would still be able to hold some international sporting events.

The UEFA European Football Championship scheduled for this summer falls outside the ban, since UEFA is not defined by WADA as a “major event organization.” Part of the tournament is to be played in St. Petersburg.

The same goes for the 2023 World Hockey Championship set for St. Petersburg, as the ban will only run until December 16, 2022.