Putting on a brave face? Amid row on vaccine deliveries & shortages, EU commissioner says bloc has ‘no need’ of Russia’s Sputnik V 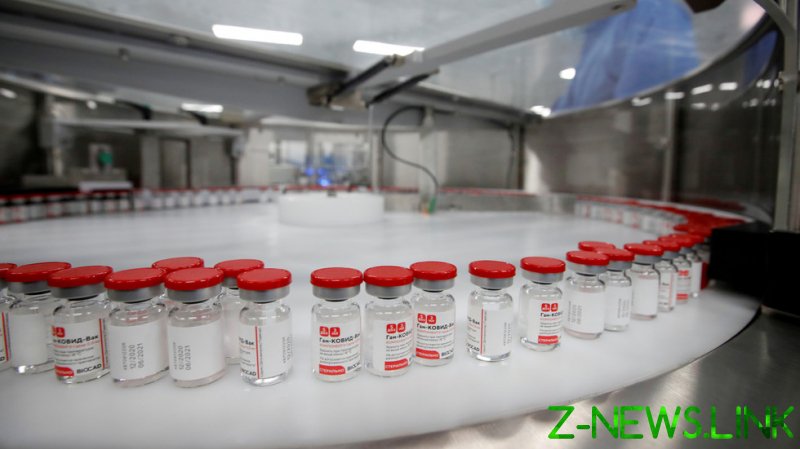 The bold remarks regarding the Russian-made vaccine were delivered by EU Internal Market Commissioner Thierry Breton on Sunday as he spoke to France’s TF1 TV.

“We have absolutely no need of Sputnik V,” the official, who leads the EU executive’s vaccine task force, stated. “Today, we clearly have the capacity to deliver 300 to 350 million doses by the end of June and therefore by July 14… we have the possibility of reaching continent-wide immunity.”

It was not immediately clear where exactly the commissioner plans to procure that many vaccines to boost the EU’s stalled vaccination process. The program was dealt another blow last week, as the row between the bloc and one of its main suppliers, AstraZeneca, deepened even further.

EU Commission President Ursula von der Leyen urged the pharma company to fulfill its obligations with the EU, threatening to impose an export ban on its vaccine. AstraZeneca has repeatedly blamed stalled deliveries on production problems at its European sites.

London has taken the threats seriously, warning the EU of potential consequences for blocking the vaccines from leaving the union’s territory. The move would likely affect the UK’s own vaccination campaign, which has so far been the fastest in Europe.

“We fully expect those contracts to be delivered on, because there are very significant consequences to breaking contract law,” British Health Secretary Matt Hancock said last week.

Breton’s remarks triggered an angry response from the team behind Sputnik V, which urged the official to stop being politically biased and face the reality of the EU’s vaccination issues.

“Europeans want a choice of safe and efficient vaccines, which you so far failed to provide,” it said through Sputnik V’s official Twitter account.

The manufacturer also urged Breton to clarify whether his stance is the official position of the bloc, which is currently considering approval of Sputnik V.

Making vaccination a political issue from the start was a huge mistake on the part of EU bureaucrats, Hungarian Foreign Minister Peter Szijjarto told RT on Sunday, after becoming the first major politician in the bloc to receive a Russian-made vaccine.

Hungary has greenlit both Russian and Chinese-made vaccines for emergency use, which has allowed it to greatly boost its vaccination efforts. Roughly half of over 1.5 million Hungarians who have received a Covid-19 shot were vaccinated with one of the ‘eastern vaccines’, according to Szijjarto.

Budapest has repeatedly come under fire from Brussels and some western European countries over its approval of the vaccines on its own and breaking ranks with the EU. Hungary, however, maintains that this does not violate any of the group’s rules.