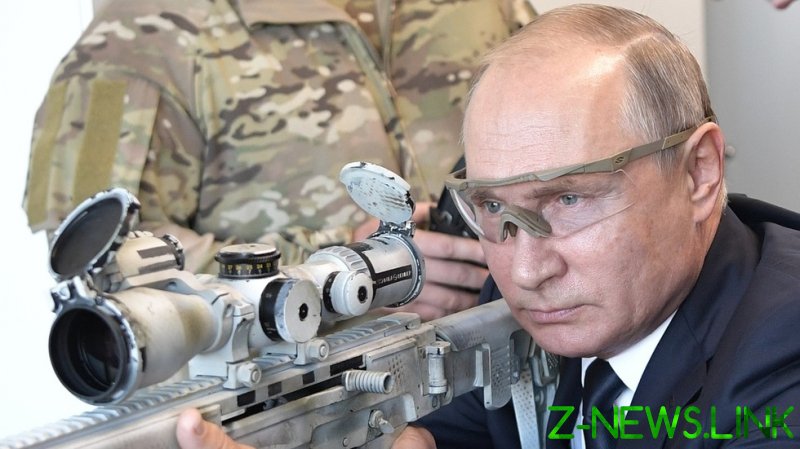 Popular red-top newspapers the Sun and the Mirror ran the sensational allegations over the weekend, in which President Vladimir Putin was said to be plotting a post-pandemic assassination campaign against a “kill list” of targets, six of whom live in Britain.

Former Yeltsin-era oligarch Mikhail Khodorkovsky and one-time Moscow-based vulture capitalist Bill Browder are supposedly being earmarked for a hit by the FSB and SVR, Russia’s domestic and foreign intelligence agencies. Christopher Steele, the MI6 analyst who compiled a dossier of anonymous sources alleging Moscow’s spooks had ‘kompromat’ on ex-US president Donald Trump, is also apparently among those on the list.

However, the story may prove to be based on more tenuous sources than Western media outlets seem prepared to admit. The Sun writes up the revelations as coming straight from the mouth of “a Russian intelligence official,” leaving readers to imagine a reverse modern-day Kim Philby type character has broken his silence.

As the Mirror makes clearer, the anonymous supposed spook at the heart of the top-secret operation has reportedly taken “complex measures” including putting messages on USB sticks and using burner mobile phones to communicate with the West. The one document published to support the allegations is a rambling, strangely phrased and hand-redacted excerpt in which the source insists the plot comes straight from Putin.

This Cold War intrigue is made all the stranger given the source has decided to tip off one of the purported targets of the scheme, telling a high-profile individual that “they are out to shut you up completely. Take the precaution of quickly changing your place of residence, even if only temporarily.”

Given the cloak-and-dagger communications, there is no way of independently verifying whether the source is actually a security officer rather than, for example, an internet hoaxer or a crackpot conspiracy theorist.

It seems unlikely that, if there was indeed a mole inside Moscow’s spy agencies, his or her warnings would be revealed, alerting bosses to that fact and sparking an internal manhunt. Even less clear is why intelligence agencies would allow invaluable intel to be used for a scaremongering front-page splash.

Within the reports, there is also a curious warning that a black ops team is gathering in Ireland, ready to cross into Britain to carry out the plan. Quite why the Emerald Isle makes for the best staging ground, given direct flights from Russia haven’t been operating for the best part of a year during the pandemic, was unclear. It is also possible that a newly arrived group of elite Russian assassins carrying sniper rifles in violin cases might stand out in locked-down Dublin.

Despite the inconsistencies, the strange communique has sparked outrage online and was reported with little to no nuance by conspiracy-loving reporters. At least one of those listed as a target has also, unsurprisingly, expressed concern. However, based on the erratic nature of the supposed leak, it appears unlikely that they need to change their names and go into hiding just yet.