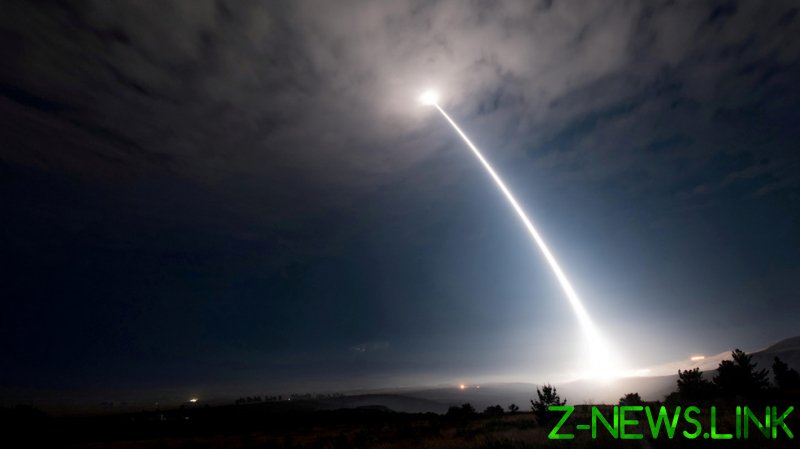 “President Putin’s response today to extend New START… is a non-starter,” the US National Security Advisor Robert O’Brien said in response to Moscow’s offer, adding that Washington hopes Russia “will reevaluate its position before a costly arms race ensues.”

Incidentally, a potential arms race was what Putin was warning against as he extended his offer to the US. A failure to prolong the key arms reduction agreement, officially known as Strategic Arms Reduction Treaty, would leave the world “without any instruments to curb an arms race,” the Russian president told the nation’s security council earlier on Friday.

Following America’s unilateral withdrawal from the Intermediate-Range Nuclear Forces (INF) treaty last year, the 2010 New START agreement remains the only active arms-control deal between the two nuclear powers. The treaty is due to expire in February 2021 and negotiations to extend it have so far been deadlocked.

The deal limits the number of nuclear warheads the US and Russia could possess to 1,550 each. It also says that each side must have no more than 700 deployed intercontinental ballistic missiles, submarine-launched ballistic missiles and nuclear bombers. The total number of strategic nuclear delivery vehicles must not exceed 800.

Putin’s Friday offer was Moscow’s latest attempt to break the impasse in negotiations over the treaty extension. “I have a proposal: to prolong the existing agreement without any preconditions for at least a year so that meaningful negotiations can be conducted on all the parameters of the problems,” he said.

The Russian president admitted it would be “extremely sad” to see the agreement ceasing to exist without being replaced by another “fundamental document.” He also lauded the New START treaty, for having successfully put a bridle on the arms race for about a decade.

Moscow has repeatedly called on the US to prolong the agreement without any preconditions. Russia has also said it’s ready to discuss including its latest state-of-the-art weapons in the treaty, as part of an extension.

“We understand that we have developed new weapons systems that the US side does not possess, for now, at least. Yet, we are open to discussing this issue as well,” Putin said on Friday. Earlier, similar statements were made by Russian Foreign Minister Sergey Lavrov, who said Russia’s military was ready to consider nuclear-capable Avangard hypersonic glider and the new Sarmat ICBM as potentially being subject to the new START treaty.

The US has been reluctant to extend the agreement without a set of preconditions, some of which appear to be out of Moscow’s reach. The demands Washington put forward during various rounds of negotiations with Russia involved dragging China into the deal – something that Beijing has been staunchly opposed to. The US has also insisted that the UK and France – America’s NATO allies – must be kept out of the deal, as well as the NATO nuclear arsenal in Europe. Russia’s tactical nuclear weapons, however, were proposed for inclusion.

Moscow has never agreed to any of these preconditions, but this did not stop the US negotiator, Marshall Billingslea, from declaring that the sides had reached “an agreement in principle” earlier this week, while rolling out another demand.

“We are, in fact, willing to extend the New START treaty for some period of time, provided that they [Russia], in return, agree to a limitation – a freeze – on their nuclear arsenal,” Billingslea said, calling Moscow a “serial treaty violator.”

The offer, void of any meaningful reciprocal concessions on the US side, was quickly shot down by the Russian foreign ministry, which called it unacceptable.