Home / policy / Putin’s message will be broadcast on Elbrus, in marshutka, the subway and on the facades of buildings 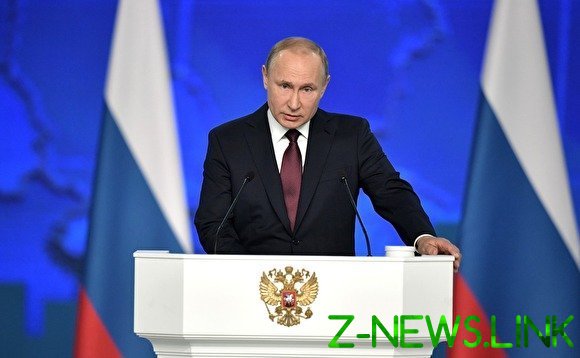 The message of the President of Russia Vladimir Putin to the Federal Assembly will be broadcast in public transport, airports, hospitals, libraries, mount Elbrus and on the international space station, according to the Russian popular front, which organizes the preview message.

The inhabitants of Astrakhan see appeal on the big screen at the Philharmonic hall in Adygea — all clinics and the Ministry of interior. In Chelyabinsk, the presentation will be shown at the State historical Museum of the southern Urals, where a meteorite. In the capital the videos will be broadcast in airports, media facades, billboards and in the subway.

The representative of the advertising company LBL, which owns the largest media facades in Moscow, said that the message will be shown on the facade of the hotel “Cosmos”, the Central Telegraph, the building of the “House of books” cinema “October” and the house number 28 on the New Arbat, as well as the shopping center “Yerevan Plaza”.

Will the appeal be broadcast live, in a label is not specified, reports RBC.

The President of Russia Vladimir Putin address to the Federal Assembly today, January 15, at 12:00 Moscow time.