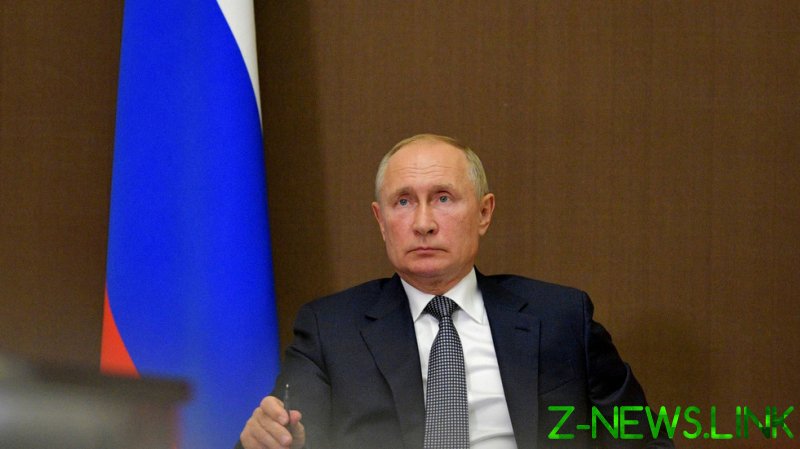 In a bold new proposal, Russian President Vladimir Putin has expanded on his existing offer of a moratorium on the deployment of intermediate-range nuclear forces on European soil by suggesting that Russia and the US/NATO engage in so-called “verification measures” (a euphemism for on-site inspections) “regarding the Aegis Ashore systems equipped with Mk 41 launchers at US and NATO bases in Europe and the 9M729 missiles at Russian military facilities in the Kaliningrad Region.”

Such verification activities would help “confirm the absence from the facilities, encompassed by the agreements, of ground-launched intermediate and shorter range missiles as well as weapons whose parameters and classification have remained a controversy between the two parties (Russia’s missile 9M729).” While it is unlikely either the US or NATO would agree to this proposal, by introducing verification into the negotiation mix, Putin has breathed life into the moribund moratorium concept, keeping alive both the prospects of an INF-free Europe, but also a global INF ban that could see the Intermediate-Range Nuclear Forces (INF) Treaty reborn as a multilateral arms control agreement.

The Mk 41 and the 9M729 have been at the center of controversy between the US and Russia, with both sides claiming that they constituted violations of the landmark 1987 INF Treaty. Indeed, Russia’s unwillingness to admit that the 9M729 missile violated that treaty by exceeding the permissible range (something Russia vehemently denies to this day) served as the foundational argument cited by the US in withdrawing from the INF Treaty in August 2019.

The expiration of the INF Treaty has been viewed by Russia as a fundamentally destabilizing act, something President Putin noted in his statement regarding the new INF proposal. “We believe,” Putin noted, “that the United States’ pullout from the INF Treaty, which resulted in its termination, was a serious mistake that exacerbated the risks of a missile weapons race, growth of the confrontation potential and slide into uncontrolled escalation. In view of the lingering Russia-NATO tensions, the new threats to pan-European security are obvious.”

In short, Russia believes that any reintroduction of once-banned INF weapons into Europe by the US and/or NATO would take both sides back to the height of the Cold War when US Pershing II missiles could destroy Moscow within nine minutes of being launched, and Soviet SS-20 missiles could annihilate all of Europe. The possibility of a mistake activating the hair-trigger alert status of either side’s INF arsenal served as the primary impetus for the INF Treaty, which banned all such weapons.

While the US has, to date, eschewed the redeployment of INF weapons to Europe, the presence of two Mk 41 Aegis Ashore sites on NATO soil (one in Romania, the other in Poland) have raised concerns in Russia that both could be secretly armed with cruise missiles, thereby putting Russia’s strategic nuclear deterrence at risk of a preemptive US nuclear first strike.

Likewise, Russia’s recent deployment of Iskander short-range ballistic missiles into its westernmost exclave at Kaliningrad raised concerns within NATO that it could have secretly deployed 9M729 missiles as well. Putin’s proposal would allow for NATO inspections of Russian missile sites in Kaliningrad in exchange for Russian inspections of the two NATO Mk 41 Aegis Ashore sites in Romania and Poland. Moreover, according to Putin, Russia is prepared to “refrain from deploying the 9M729 missiles in its European territory further on, but on the condition of reciprocal steps by the NATO countries, which will rule out the deployment in Europe of weapons that were outlawed under the INF Treaty.”

There is little chance of the Russian proposal being accepted by either the US or NATO. The simple fact is that US/NATO-Russian relations are at an all-time low, with little if any basis for the kind of trust and confidence that underpin critical arms control agreements of this nature. Moreover, there is the issue of verification of other potential 9M729 deployment sites in European Russia (i.e., the region west of the Ural mountains), as well as the potential for Russia to rapidly redeploy permitted 9M729 systems from permitted Asian bases back to Europe in a time of crisis. Any verification regime which sought to encompass the scope and scale of such a compliance problem, while limiting Russia to inspections of two fixed installations, would be unbalanced and as such unacceptable to Russia.

In many ways, Putin’s proposal is like one made by Soviet Premier Mikhail Gorbachev when, in 1985, he suggested limiting Soviet SS-20 intermediate-range missiles to bases in Asia. It should be noted that Gorbachev prefaced his proposal with a unilateral moratorium on the deployment of additional INF systems in Europe. In the end, the Asian-only SS-20 deployment scheme was replaced by a total ban on INF systems, later codified into the INF Treaty.

The current situation between the US/NATO and Russia regarding INF is complicated by the fact that the US claims to have withdrawn from the INF Treaty not only because of allegations of Russian noncompliance regarding the 9M729 missile, but also because the treaty, as written, was a bilateral agreement which did not take into account China’s INF systems.

Indeed, the US’ plans regarding the reintroduction of INF systems is currently singularly focused on confronting China in Asia, with Europe a distant afterthought. The reality is that to make Putin’s proposal on a verifiable moratorium on INF weapons in Europe viable, there will need to be a global ban, or heavily structured limitation, on INF systems that includes China.

Here we find perhaps the most important part of Putin’s new proposal: “We are calling upon all parties concerned to explore ways of maintaining stability and preventing missile crises ‘in a world without the INF Treaty’ regarding the Asia-Pacific Region. We are open to joint work along these lines.” Putin appears to recognize the reality that there cannot be meaningful US-Russian nuclear arms control without factoring in China.

China has a vested interest in INF weapons, given that the bulk of its nuclear arsenal consists of weapons that fall into this category. But China will also be facing a new threat in the form of newly-deployed US INF weapons in the Pacific, and as such may be open to negotiations with both the US and Russia on how to engender stability by limiting and/or eliminating these weapons. The fact that trilateral INF talks between Russia, the US and China would be seen as a logical first step for any broader strategic arms reduction agreement should not escape anyone, and it is here that Putin’s proposal must be assessed, not as a quick fix to a limited problem, but rather the opening gambit toward a solution to the larger problem of controlling the strategic nuclear forces of Russia, China and the US.