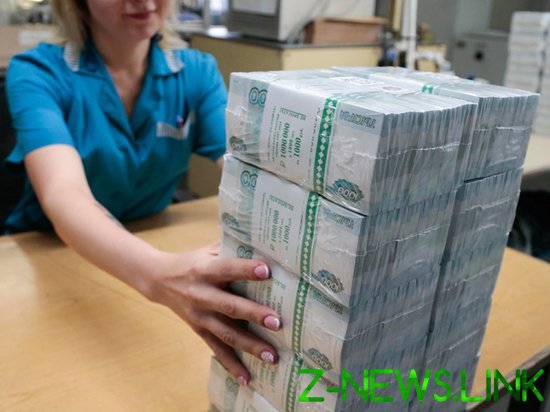 16-18 year olds have not got a penny of support

My daughter is 17 years old. She finishes grade 10. It does not work, the charity case is sitting on my neck. Her father, my ex-husband, is on unpaid leave and when it will be released nobody knows. So we lost the alimony. Why speaking today about the necessary assistance to families with children from three to 15 years, Putin threw out the lists of people in need of a whole age group of minors from 16 to 18? What if they don’t want to eat? Or they don’t have to dress up? Not require medication?

What I/we – the middle class, who never hung a stone around the neck of the budget, and kept themselves and their offspring.

And for all these advantages, it turns out, I/we are again in that time have been from the “social” state nothing. We flew with this cash assistance (and indeed any) without even a plausible explanation as to why and for what. Those who have kids from birth to three, under the previous order of Putin, will receive 5 thousand a month. And that?

“I believe that such should be the priorities of the state, especially now,” Putin said, voicing the amount of monetary support in the near future can count, it is estimated that 25 million people (minors in Russia 27 million).

That is, for “16 to 18” is about 2 million, not so much in percentage terms, the state would not be impoverished.

I don’t need. I didn’t lose even temporarily work, plowed including being in the hospital with coronavirus and temperature. Not Samosata. And I’m sorry, there are no children under the age of 16. Rose, it happens.

And those who are “16 and older” – those leaves, now second-class citizens, not just lucky to be born before 2004 year.

“I don’t care that the mother, the only breadwinner, she lost her job – outraged the 40-year-old Elena – the grader is not entitled to anything. But the General Directors of firms with 3-4 children and accumulated millions will receive 10 thousand each. Self-employed return tax for 2019 (despite the fact that they are paying 4-6%), and me with my 13% personal income tax will not be returned. And self-employed more give 12300 2020, so that their income doesn’t fall when they will pay the taxes for the year 2020. And to me, sheesh. With – justice.”

“Distance learning is such a sham, ask a lot, and explain little. Our tutor for April rose by a third. Because children soon the exam, and lessons as there are none”, says Anna, mother of eleven-year boy.

Friends in the United States in the first month quarantine family of three has received about 5 thousand dollars, 1200 for each adult + $ 400 for 16-year-old son, plus unemployment benefits, doing a small business, which is currently idle, they went ahead and issued benefits.

And even from state to state, where ever they live, they put the debit card with 400 bucks in the account, which you can spend only for food – so that is beneficial to the shops that they can buy food, and by the citizens.

In Germany the parents of all minor children were given a 185 “crisis” of the Euro. Plus the same social and food stamps. Still had payments on a special diet for ill, returned the money for the kindergartens. Anyone with socially important professions – firefighters, teachers, nurses, have the right to paid nanny.

We have more than a month was silent on help at all. But now promised. But not all and not always.

In Russia since ancient times was. Either everyone or none. Community, equal consciousness. Now went razmezhivanie, though not class hatred, but wild irritation. This was to be expected, by the way.

A dear friend of mine whose son graduates this year from grade 1 up to this critical attitude to everything going on, now because of these 10 thousand are ready to jump to the ceiling. “Certainly, that’s right, adult children need less. And the help should get only those who really need it. And your, can, work will soon follow.”

To work where? So I have lost a friend. All for the best.

Because the social injustice she is – stronger than the worst virus.