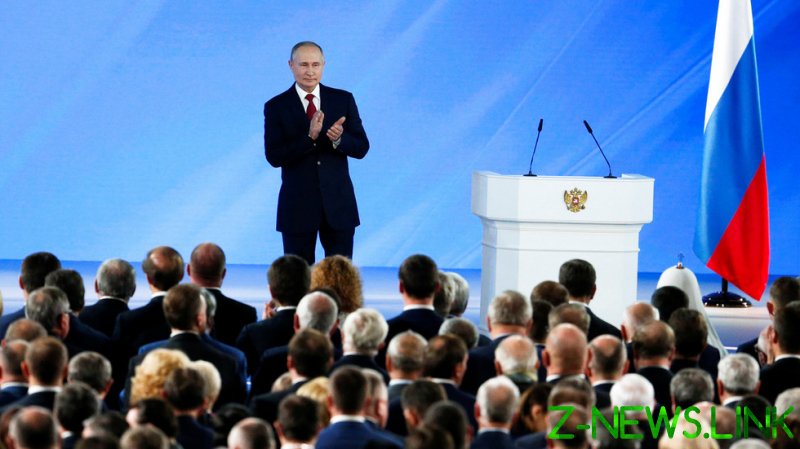 New research, conducted by the Levada Center – a registered foreign polling company that has received Western funding in the past – found that 64 percent of the 1,600 people surveyed backed Putin’s performance, down from 65 percent in the last poll, conducted in November.

Around a third said they didn’t approve of his activities, and only two percent didn’t express an opinion. The president’s support was strongest among those aged 55 and older, but a majority in every age group viewed his time in office as favorable thus far, including 51 per cent of 18- to 24-year-olds.

However, those polled were more split on the general state of affairs, with close to half of respondents believing Russia was moving ‘in the right direction’ and 40 per cent saying the country was on the wrong track.

The study also asked the public to name the public figures they trusted the most. Putin topped the results table, with 29 per cent of respondents coming up with his name spontaneously. Prime Minister Mikhail Mishustin followed the president, with just over one in 10 considering him trustworthy. Vladimir Zhirinovsky, the leader of the right-wing LDPR, came in a close third.

Jailed anti-corruption campaigner Alexey Navalny saw his standing among the public increase, with one in 20 respondents coming up with his name as a politician they trusted. For the first time, he overtook Communist Party leader Gennady Zyuganov in the rankings.

The Levada Centre conducted its research on people living in Russian cities, towns, and villages between 29 January and 2 February.