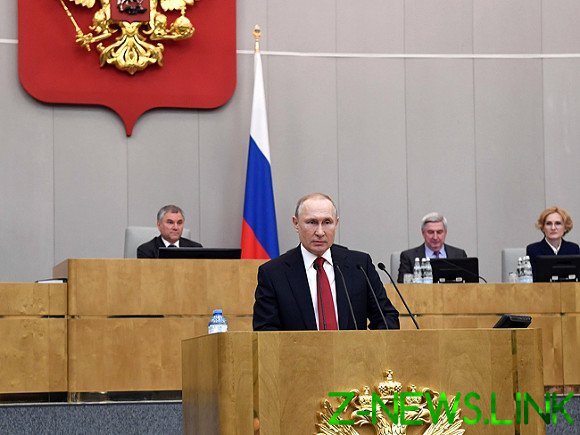 Rumors of early elections to the state Duma may be a cover for the impending political surprises, the essence of which remains a strictly guarded secret.

Anonymous telegram channels are re-buzzed about early elections to the state Duma. According to them, the elections could be held in December this year, not in September 2021 as the plan. And insinuations on this subject began to appear in may, but they remained almost unnoticed. And in early June flooded a wave of powerful information. It is noteworthy that along with the supporters of early elections (of course, anonymous), began to speak and their opponents.

Rumors about early elections suggests that someone intentionally throws the subject into the information space. For what purpose, still need to understand. It is important to remember that the attempt to hold early elections in March failed when against this idea at session of the state Duma personally, he said. Now they say that the amendment to the Constitution to abolish presidential term was introduced precisely in the moment in order to block the possibility of holding early parliamentary elections.

What exactly happened at the historic meeting of the state Duma on 10 may, is not known so far. Dominates the version on which the decision to hold elections to the state Duma ahead of schedule (was planned for September 2020) was prepared in the presidential administration and agreed at the very top, and also with the leadership of “United Russia”. To support this venture also persuaded the “Fair Russia” and LDPR. And only the Communists were strongly against it.

Plans were thwarted by the speaker of the state Duma Vyacheslav Volodin, in which case an early election is guaranteed to would have lost his job. By the way, the place Volodina reasonably designate the Chairman of “United Russia” Dmitry Medvedev, who is clearly bored in her current position in the security Council. Volodin situational relied on the Communist party, whose members openly spoke out against early elections. The lack of consensus on this issue in the Duma, seemed to have pushed Vladimir Putin to recognize the inappropriate conduct of parliamentary elections ahead of schedule.

It would seem that in this matter forgotten. But no — the telegram-channels that have managed to become competitors of the media in shaping the information agenda, excitedly set out the arguments both “for” and “against” holding early elections. This drew the attention of such an argument in favor of the dissolution of the state Duma, as the need to “restart the entire system of governance.”

Under this logic, after “zeroing” of the current President, who as a result of changes to the Constitution after 2024 will be like a “new Putin” needs to be updated and other key institutions. I’ll start with the state Duma, the current composition of which everyone is sick, and therefore it urgently needs to restart before the unraveling of the economy, the protest vote was so powerful that it can cope with any new voting technologies (e.g., electronic voting).

The dissolution of the state Duma may be perceived by the people as a very popular move. Although the legal grounds for such a decision is not, as they say in the same telegram channels, this question is rather technical. Theoretically, these grounds are supposed to occur after the nationwide vote on amendments to the Constitution and the subsequent clarification of the constitutional court, which, for example, finds it impossible to continue the work of the current convocation of the state Duma taking into account the new powers of the Parliament and demands to the deputies.

From a legal point of view, such a scenario is fiction, but our government has already proved that can do that. Strict adherence to the letter what the spirit of the law interests them in the least. No wonder there was a rumor that to change Ella Pamfilova at the post of the head of the CEC may soon Vladimir Pligin, for many years headed a key Committee of the state Duma on the constitutional legislation and state building. The Duma old residents well remember that Vladimir was able to skillfully justify any questionable legislative sprain. So much so, that no formal reproach, but in fact it was clear that the law is once again changed in favor of someone’s immediate interests.

And the authorities will always be able to interpret the law in their favor, but to get the support of the population and ensure its legitimacy is much more complicated. Therefore, proponents of early elections may be right when they claim that next year, if the crisis is still not resolved, a protest vote would be so powerful that to provide a constitutional majority for United Russia will be a very difficult task.

But who said that the early elections in December, the citizens will vote as necessary? Yes, considering the fact that going to the polls will make the third time in a year — after the vote on the constitutional amendments in July and the regional elections in September. And if to consider forecasts about sharp increase in unemployment in the autumn and the coming then of the second wave kovida, with the attendant return of the quarantine, the unpredictability of the results of voting seriously increased.

In General, taking into account the socio-economic situation in the country, to postpone the elections in the state Duma the Kremlin really worth, but just the other way — somewhere in 2022-2023 year, maybe by the time life could be good again.

It is logical that the decision on early elections, if it is really being discussed in government offices, will be taken on the basis of the above two polls, which will perform the stress test for the entire political system. And if elections to the state Duma will decide to spend ahead of time, then it would be logical to declare early presidential elections and form a new government.

But the apparent reason for this. So at the moment stuffing on early elections to the state Duma act, except that an additional factor of instability, and also may indicate someone’s desire to break completely. It is also possible that these rumors may turn out to be an informational “cover” for some upcoming radical changes in the government. Indeed, in March actually happened: discussed the possibility of early elections to the state Duma, and received a sudden nullification of presidential terms.

In defense of the United States called the regrouping of its troops in Europe. “We …