Putin WON’T meet Biden in near future, Kremlin says. Moscow not ruling out talks, but disappointed about new sanctions speculation 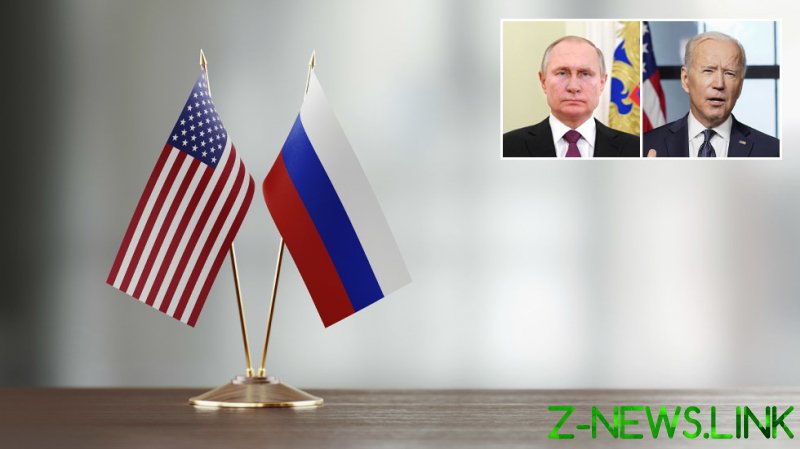 Speaking to reporters on Thursday morning, Putin’s spokesman, Dmitry Peskov, said that the White House’s invitation to meet “in a third country in the coming months” would not be possible to organise, at least in the short term.

Asked whether the talks were likely to go ahead on that timeframe, Peskov said “no, a bilateral meeting of course cannot be organized that quickly.” He added that the “issue is still under analysis,” and that Moscow has not yet finished discussing its mooted involvement in an upcoming multilateral Climate Summit scheduled for next week.

At the same time, the Kremlin official acknowledged that reports in Western media suggesting Washington is preparing to unveil a new package of sanctions against Russia’s national debt, as well as potentially expelling senior diplomats were unhelpful. “It is clear there is no smoke without fire,” he said, but “for now, we will not be commenting on newspaper reports, and we will be waiting to see if any specific decisions are announced officially.”

However, he claimed, “the fact that the sanctions are probably being discussed will in no way help the likelihood of such a meeting taking place – that can be stated unambiguously.” “Whether these things hinder [the proposal] or not, that will be a decision for the Presidents. There was a proposal from the President of the United States, and then it will be a subject for a decision by the President of Russia,” Peskov said.

“As for the sanctions themselves,” Peskov added, “we condemn any such measures – we consider them illegal – and, in any case, the principle of reciprocity applies here. Reciprocity that allows use to best ensure our own interests are being met.”

Biden proposed the summit as part of a surprise “businesslike” telephone call with Putin on Monday. He said that head-to-head talks would allow the two leaders to “discuss the full range of issues facing the US and Russia.” In its published record of the call, the Kremlin said that the American president had “expressed interest in normalizing bilateral relations,” and had been able to find potential common ground on arms control, as well as the Iranian nuclear program, the situation in Afghanistan and global climate change.

Any such meeting would be the first since Putin met with Biden’s predecessor, Donald Trump, in Helsinki in 2018. While the ex-US leader described the dialogue as “deeply productive,” the talks were overshadowed by pressure from lawmakers back in Washington to condemn alleged Russian interference in the 2016 election that supposedly helped propel the Republican Party politician into the White House.

There has been skepticism in Moscow that the White House is prepared for the kind of compromise needed for constructive talks to take place. In comments to journalists a fortnight ago, Kremlin spokesman Dmitry Peskov said that “no one will allow America to speak with Russia from a position of strength.” Instead, he argued, the two nations must treat each other as equals.

The bid for negotiations comes against the backdrop of a series of escalations in Eastern Ukraine, where Kiev’s forces have clashed with militants loyal to the two breakaway Donbass republics. Moscow has since deployed more of its armed forces along its border with the country, in a move that Russian defense minister Sergey Shoigu described as “ensuring the country’s military security” against a backdrop of increased activity by the US-led NATO military bloc.