Putin will NOT congratulate Biden until results are official & legal procedures are complete, Kremlin announces 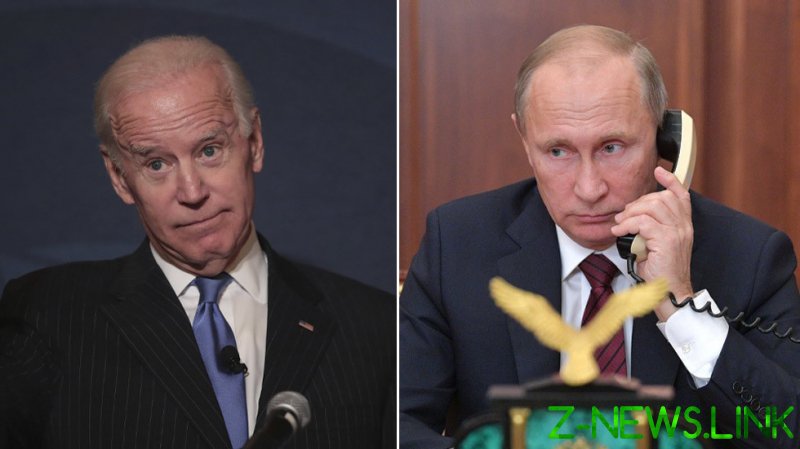 Unlike many other world leaders, Putin has remained silent since the US media called the election in the Democratic candidate’s favor and said Biden had achieved the necessary 270 Electoral College votes to clinch victory over the incumbent president, Donald Trump.

“Anticipating your possible question about Putin’s congratulations to the US president-elect, I want to say the following: we consider it proper to wait for the official results,” Kremlin spokesman Dmitry Peskov told reporters.

In 2016, when Trump was elected, the Kremlin congratulated the New York-born businessman almost immediately after the result became clear. According to Putin’s spokesman, the circumstances are more complicated this time around. Four years ago, losing candidate Hillary Clinton conceded defeat, whereas Trump hasn’t so far made such a move.

“The difference is quite obvious,” Peskov explained. “The current president has announced certain legal procedures. This is what makes the situation different. Therefore, we believe it’s right to wait for the official results of the elections to be announced.”

The spokesman added that the Russian president is willing to work with whomever is crowned the victor, and hopes to establish a dialogue with the US.

The US presidential election was held on November 3. Due to slow counting and the high number of mail-in ballots received, the final vote tally is not yet known. However, according to all major US news networks, Joe Biden is the clear winner and cannot be superseded. In response, Trump has accused the Democrats of widescale fraud and, on Friday, declared the contest to be “far from over.” He is expected to mount a legal challenge against the result.