Home / business / Putin was on the cover of British gloss

Putin was on the cover of British gloss 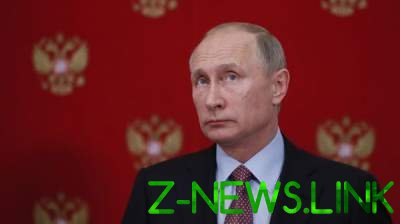 The inscription on the cover reads “King was born 100 years after the revolution.”

The Economist magazine put on the cover of Russian President Vladimir Putin in the image of the king, cover the anniversary of the October revolution. Cover posted on Twitter edition.

“The king born in 100 years after the revolution,” signed the cover.

“At that time, as the world marks the centenary of the October revolution, Russia again is under the authority of the king,” reads the caption under the cover on Twitter.

In an editorial, The Economist writes that Putin earned the title of king, moving the country “that many Russians believe the chaos of the 1990-ies”. The publication also notes that as you approach the centenary, it becomes clear that “Putin shares the weakness of the kings”, being not the only autocrat in the world.

Earlier, The Economist has repeatedly placed an image of President Putin on its cover.

For example, he was featured on the cover of The Economist in October 2016. In the eyes of Putin instead of the pupils were shown two red fighters, and the topic was “Putinism”.

A month later, in November of the same year, the President of Russia again appeared on the cover of the publication, but in the company of the leader of the French party “national front” marine Le Pen, President of the United States Donald trump and the head of the British independence Party (UCIP) Nigel Faraj.

And on the cover of the March issue of the German magazine Spiegel published the President of Russia Vladimir Putin with the haircut American leader Donald trump. 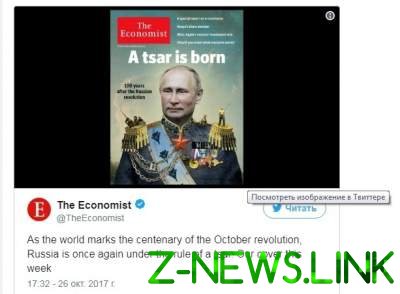