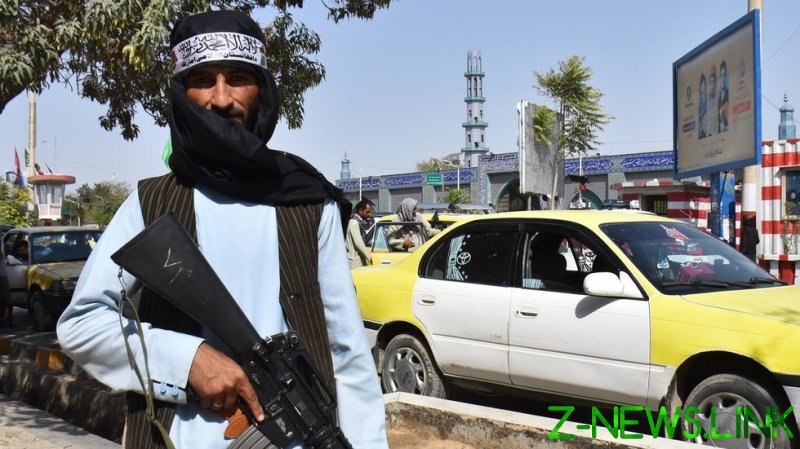 Speaking on Sunday as part of a meeting with members of the governing United Russia party in the run up to parliamentary elections next month, the president said that the number of civilians fleeing Kabul poses challenges for the international community. “Who are these refugees? How can we tell? There may be thousands, or even millions,” Putin said. “The border is a thousand kilometers – they will get on everything, a car, even a donkey, and flee across the steppe.”

According to the Russian president, this poses a potential security threat and “is a direct concern for our citizens.” He added that “we do not want fighters disguised as refugees to turn up in our country.” Citing a spate of terrorist attacks driven by separatism in majority-Muslim regions in the country’s south, such as Chechnya, two decades ago, the president insisted that “we do not want to repeat what happened in the 90s and mid-2000s… we had these horrors that are now being repeated on the territory of Afghanistan.”

Putin went on to say that one of the reasons Russia has carried out strikes on Islamic State in Syria and provided military to the government of President Bashar Assad in Damascus is to prevent the country from “turning into some kind of Afghanistan, and becoming a breeding ground for terrorism.”

The Russian leader also slammed plans by western nations, including the US, to resettle Afghan translators, and others at risk of Taliban reprisals, to countries in the region, such as Uzbekistan. According to Putin, this is a “humiliating” request and poses a security threat for Russia.

In 2016, he instructed Russia’s top domestic security agency, the FSB, to keep close tabs on those arriving in the country as refugees, or traveling onwards within Europe. “The cause of this refugee crisis is the destabilization of entire regions of the world, first of all in the Middle East,” he said at the time. In addition, Putin ordered officials to “safely close the territory of Russia” from penetration by militants and to “uncover and neutralize” terrorists.

Both Islamic State and the Taliban are listed as prohibited terrorist groups and banned in Russia.