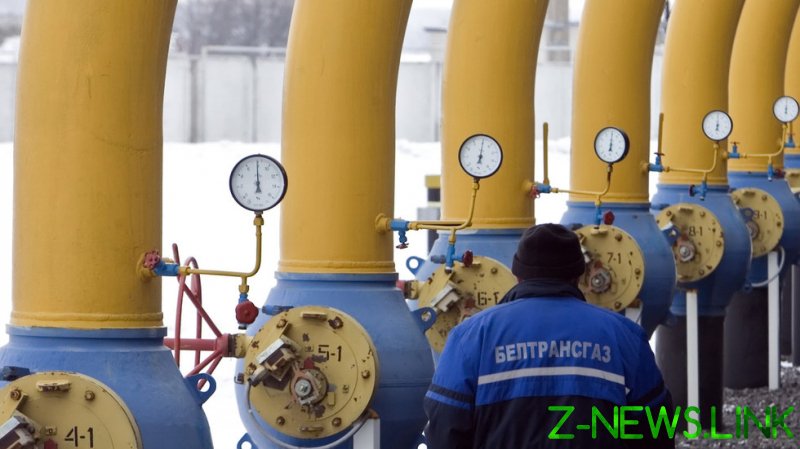 Putin said he was blindsided by Lukashenko’s suggestion to disrupt exports through Belarusian territory if Brussels hits Minsk with more sanctions.

“Nothing good will come out of it,” the Russian leader told Moscow’s Rossiya-1 TV channel on Saturday. He added that Lukashenko had not brought up the idea of shutting down gas transit earlier this month, when the two leaders spoke over the phone and participated in an event together via video link.

“It will be a violation of our transit agreement, and I hope it will not come to that,” Putin said. “It will cause great damage to Europe’s energy sector, and not help in the development of our relations with Belarus as a transit country.”

Putin promised to discuss the threats to gas supply with Lukashenko if necessary.

The Belarusian president said on Thursday that, when considering sanctions, European leaders should remember that he could “cut off” the flow through the Yamal-Europe pipeline, which delivers gas from Russia’s Yamal Peninsula and Western Siberia to Germany and other EU states.

Brussels is accusing Belarus of helping refugees from the Middle East to arrive on its territory and of then pushing them to cross into the EU. More than 2,000 would-be asylum seekers have gathered at the Belarusian-Polish border, braving November cold and the tear gas fired by Polish border guards.

On Monday, European Commission President Ursula von der Leyen asked EU member states to approve additional sanctions over what she said was a “hybrid attack” on the bloc.

Belarus has accused the EU of launching its own hybrid war against Minsk by supporting Belarusian opposition figures and media.