Home / policy / Putin want to show an alternative in the elections

Putin want to show an alternative in the elections 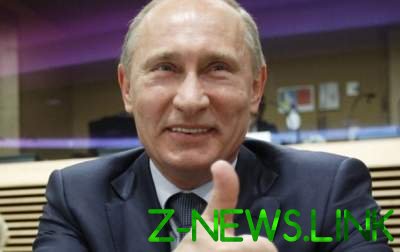 The Kremlin is looking for an opponent to Putin among women.

In the administration of the President of the Russian Federation looking for a rival to Putin to show some sort of alternative. Among the possible candidates were women, including Ksenia Sobchak. This is reported by Vedomosti with reference to the interlocutors in the administration and experts.

According to the publication, is considered 5-7 candidates. Among these, three – from “Fair Russia”, Chairman of the Social democratic women’s Union of Russia Natalia the Great, the leader of the National parent Committee Irina Volynets and member of the Central Council of the party Irina Petelava.

Agreed on the candidacy of women who are not in one party knows the other person close to the administration. Ideal – Ksenia Sobchak, showing the image of a modern young woman who would like to go into politics, says another source close to the administration: intelligent, bright, interesting, but not in all corresponding to the image of a typical Russian woman, the question will decide whether she.

Women still had twice been presidential candidates in 2000 and the current Chairman of the Central election Commission, Ella Pamfilova (“Civil dignity”) gained 1.01 percent of votes, and in 2004 Irina Khakamada (Union of right forces) – 3,84%.

Engineers working on the presidential campaign and participated in the 2004 elections, may not offer anything new, says someone close to the administration: “Tired people actively through the options, but they live templates”.

The participation of women in elections 2018 predictable: it is necessary to change the script to build any kind of drama, says political analyst Konstantin Kalachev. In his opinion, the candidate must be a person capable of improvisation, independence, defiantly unmanaged, therefore, the most promising member of the Council of Federation Elena Mizulina and the Deputy Natalia Poklonskaya.