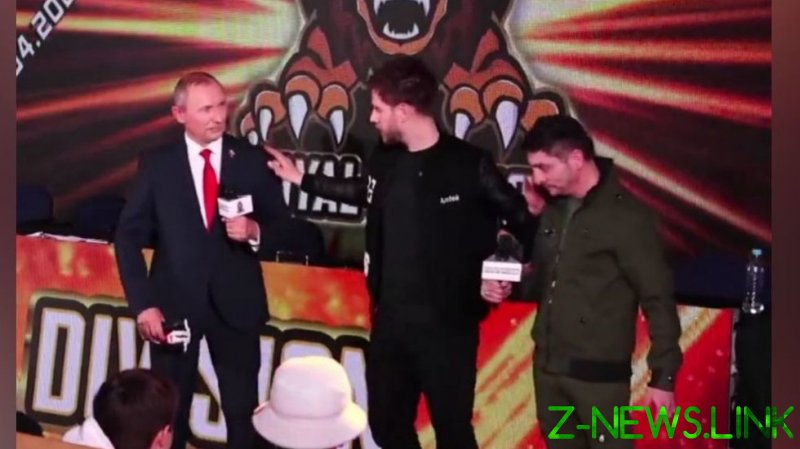 A pair of lookalikes for Russian President Vladimir Putin and his Ukrainian counterpart Volodymyr Zelensky won’t be fighting each other in MMA, a Polish organization has announced after receiving “thousands” of angry messages after they teased a bout between the two doppelgangers.

Speculation was raised that the pair would face one another at an April 30 event which features a fight card of MMA neophytes from social media and YouTube – but actor Antoni Krolikowski, who fronts the fight league, said that the supposed ‘Putin vs. Zelensky’ showdown was never actually intended to happen.

“I am sorry that our initiative has caused so much emotion,” Krolikowski said, according to the Mirror, after he and the organizers reportedly received a litany of abuse online.

“I would like to take you backstage on our activities, so that you know what motivates us and how we want to help Ukraine. I understand your concern about this issue, but I believe that this initiative will result in a lot of good, and there will be no real fight of doubles!”

Krolikowski went on to say that the press conference was intended only to raise awareness for those affected by the conflict and that the Putin lookalike, referred to only as Umit, and ‘Slawek from Poland’, who was to represent Zelensky in the brawl, never signed a deal to actually fight one another.

“I emphasize because this is probably not the case here. A symbolic action is planned. I am an actor, filmmaker, not professionally involved in sports, but when I learned about the stories of this extraordinary friendship between two doubles, I knew that the world must hear about it.

“I think it worked, although the level of hatred directed at us surprised us a lot,” he added.

“Like many artists from around the world, I also wanted to support my Eastern friends. Making the best of the opportunities I have.

“I am very sorry that the project was so assessed and aroused so many difficult emotions, and the emerging hate makes this artistic message difficult for us. Nevertheless, I want to express it and achieve the goal of helping Ukrainian citizens. Therefore, we are accelerating our initiative. You will be able to see it this Saturday during the second conference.”