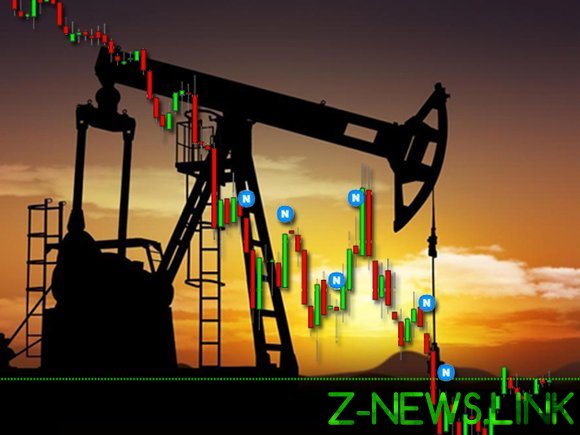 By agreeing to revive OPEC+, Moscow has simultaneously committed not only to the lifting of sanctions, but also to a strategic victory over the West.

Vladimir Putin on Friday evening announced that Russia is ready to restrict oil production. “According to preliminary estimates, I think, that speech can go about decrease in volume of 10 million barrels a day, a little less maybe a little more,” he said, speaking at a meeting on the situation in the global energy markets. The President said that means a reduction “of the level of production prevailing before the crisis, we are talking about production levels of the first quarter of the year.”

According to Putin, Russia “feels comfortable” around the price of 42 dollars per barrel and is ready for joint and concerted action with Saudi Arabia, and the United States to stabilize the situation in the global energy markets.

Indeed, the President of the United States Donald trump as the crown Prince of Saudi Arabia Mohammed bin Salman, is now clearly willing to negotiate with anyone, for a while forgetting about past conflicts. After some growth on the eve (for the reasons discussed below), by Friday morning the cost of June futures for Brent crude on the London stock exchange has fallen again below 29 dollars per barrel. And it is very uncomfortable not only for Russia but also for any oil-producing country.

Trump now generally trying to find the option to unlock us-Russian relations. By pushing it is not only the threat of the global economic crisis, the first phase of which has already become catastrophic decline in oil prices on world markets, but, of course, and pandemic coronavirus. And he receives the return signals from Moscow. The plane carrying “humanitarian aid” from Moscow to new York, the gesture, of course, symbolic (although then overgrown with scandals). However, it seems that this “call a friend” does the American President is not going to help.

I believe that a simple “reset” of the situation and its return to the time before the rupture of the transaction with OPEC, Moscow is not satisfied. She clearly wants more and is trying to use the situation so that under the pretense that engulfed the whole world crisis of the West decided to cancel sanctions against Russia. At the very least. Or maybe, and more — have agreed to “forget about Crimea”, and ceased to resist the desire to make all the countries of the former Soviet zone of exclusively Russian interests.

No wonder at a recent virtual the G20 summit, Putin said that in this difficult time, we must put our differences aside, and “the period of crisis to create a so-called green corridors, free from trade wars and sanctions on mutual supplies of medicines, food stuffs, equipment and technologies”.

However, these calls, despite the raging pandemic, the Western countries and their allies are not impressed. During the voting in the UN General Assembly, Russian resolution urging to cancel due to coronavirus “unilateral” sanctions, was blocked not only by the UK, EU countries, Georgia and Ukraine, but the United States.

This is a very accurate indicator that trump thawing of us-Russian relations is limited to the American political system. Another example is the blockage of congressmen — Democrats financial assistance of U.S. oil companies, which insisted trump.

In addition, it should be recalled that for a number of reasons, including purely technical, Russia is not able to seriously enhance or seriously reduce oil production, as recently told “Rosbalt” oil market analyst Mikhail Krutikhin.

And past bright has been turned into an empty shell. Not further, as on Thursday, trump has apparently decided to go for broke and said that Vladimir Putin had a telephone conversation with crown Prince of Saudi Arabia. On this news the price of a barrel of Brent crude jumped to $ 36. However, after denials from the press Secretary of Russian President Dmitry Peskov prices again slid down. Something that doesn’t sound like “coordinated and collaborative actions”, which says Putin.

It is easy to predict that everyone will try to pull the “oil blanket” on itself. Your problem now Russia. Your — the United States, where, despite the success in reducing the cost of production of shale oil, has filed for bankruptcy is a major player in this market company Whiting Petroleum.

It would seem, based on the fact that the low cost of middle East oil (shallow bedding layers, the absence of frosts), “chocolate” was supposed to be Saudi Arabia. But the price drop puts in a difficult position. Suffice it to recall that during the previous oil crisis in the 2014-2015 budget, it would seem that puhnuschih from the oil revenues of the Kingdom were suddenly scarce.

There is another, I think, the most important thing. The current fall in oil prices are not comparable either in level or in related circumstances (in the form of a pandemic coronavirus) that was in 2014-2015. And the main reason is the reduced demand for oil in China.

It is caused not only by the coronavirus. The slowdown in Chinese growth driver of the entire world economy began a long time ago. It is an objective process. The main reason, strangely enough, in the previous debt growth. It has largely provided low-cost Chinese goods, which, in turn, was the result of the cheapness of the local workforce. However, as the rapid economic development of China, increasing its foreign exchange reserves were growing and wages, and with it the cost of Chinese goods. Today, I will remind, the minimum wage in China is higher than in Russia.

In this context, flirting with each other trump, Putin and Muhammad bin Salman is nothing fundamentally will not change. Even “raising” OPEC+ Russia, as noted above, to reduce production, especially from 10 million barrels per day, just not able to.

It is noteworthy that in January-March this year, when the previous deal with OPEC Russia still formally worked for Russian oil companies in General have not decreased but has increased production by 0.7%.

And if you look wider, we are witnessing the demise of the “oil century.” Maybe after some time oil prices will grow more. But the General trend is already clear. In the words of former oil Minister of Saudi Arabia Ahmed Zaki Yamani, “the stone age did not end because the world ran out of stones and the oil age will not end because we run out of oil”.

Another question, how ready to the new realities of the country, for a long time comfortably sitting on the “oil needle”. The crisis of 2014-2015 showed that bad. Now, apparently, the impact on them will be even stronger.