Putin thinks democracy not fit for the future, US President Joe Biden claims amid growing diplomatic row with Russian counterpart 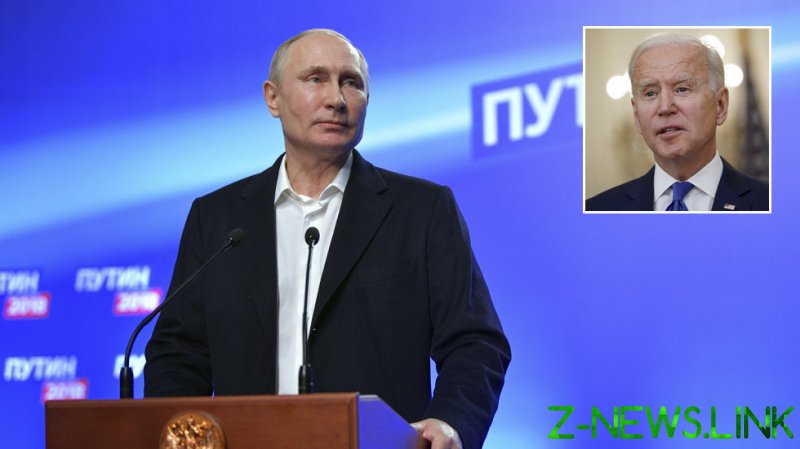 Speaking at a press conference in the White House on Thursday, Biden said that he had got to know Chinese Premier Xi Jinping personally while serving as Barack Obama’s vice president. “He is very, very straightforward. Doesn’t have a democratic — with a small ‘d’ — bone in his body,” Biden said. “But he’s a smart, smart guy.”

While the comments will likely be perceived as criticism in Beijing, the president doubled down on the remarks, dragging another world leader into the discussion. According to him, Xi is “one of the guys, like Putin, who thinks that autocracy is the wave of the future.”

At the same time, Biden claimed Putin and his Chinese counterpart believe “democracy can’t function in an ever — an ever-complex world.”

The two presidents have traded blows through the media in past weeks. In an interview with the ABC news channel, Biden was asked by chief anchor George Stephanopoulos whether he thought Russian President Vladimir Putin was “a killer.” “Mmm hmm, I do,” Biden replied.

The Russian president hit back, saying that “when I was a kid, when we were arguing with each other in the playground, we used to say, ‘Whatever you say [about others] is what you are yourself.’”

White House Press Secretary Jen Psaki was asked several times about whether Biden regretted the comment, but declined to clarify what was meant and whether he had been using a colorful metaphor.

Putin’s spokesman said that the statements were “very bad” and a sign that Biden “clearly doesn’t want to establish a relationship with our country.” “We will proceed on this basis,” he added.