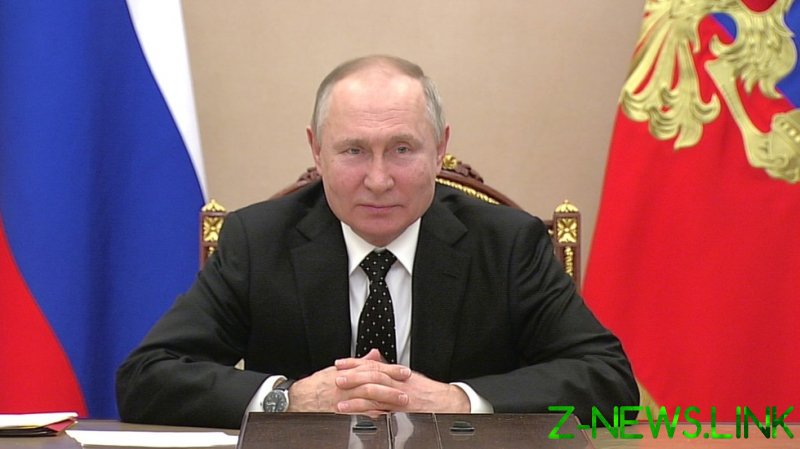 Russian President Vladimir Putin has called the West an “empire of lies,” responding to a new wave of sanctions that hit the country over its special military operation in neighboring Ukraine.

Speaking to top government officials on Monday, he said: “I invited you to discuss economic and financial issues … bearing in mind the sanctions that the so-called Western community — an empire of lies, as I called it in my address — is trying to implement against our country.”

The “empire of lies” term was coined by Russia’s president last Thursday, when he announced the launch of the offensive in Ukraine. Since the US is a “system-forming power,” the whole collective West has become such an “empire,” he said then.

“By the way, American politicians, political scientists, and journalists themselves write and say that, in recent years, an actual ‘empire of lies’ has been created inside the United States. It’s hard to disagree with that, as it’s true,” Putin stated.

Russia’s operation in Ukraine has become the only option left to prevent further bloodshed in the country and stop Kiev from trying to launch an all-out assault on the breakaway regions of Donetsk and Lugansk in the country’s east, the Kremlin has explained. Ahead of the offensive, Moscow formally recognized the People’s Republics there as independent states.

Kiev, however, claimed the attack was “unprovoked,” insisting it has had zero plans to retake the breakaway regions by force. Donetsk and Lugansk split from Ukraine back in 2014 following the Maidan coup, which ousted the democratically-elected government of the country. While active, large-scale combat ended with the 2014-15 Minsk agreements, the roadmap out of the crisis the deal had provided was never implemented, with the republics enduring years of low-intensity warfare that left thousands of people dead.