Home / WORLD / Putin slams ‘caveman nationalism’ as detrimental to Russia, says every ethnicity should feel respected & at home in the country

Putin slams ‘caveman nationalism’ as detrimental to Russia, says every ethnicity should feel respected & at home in the country 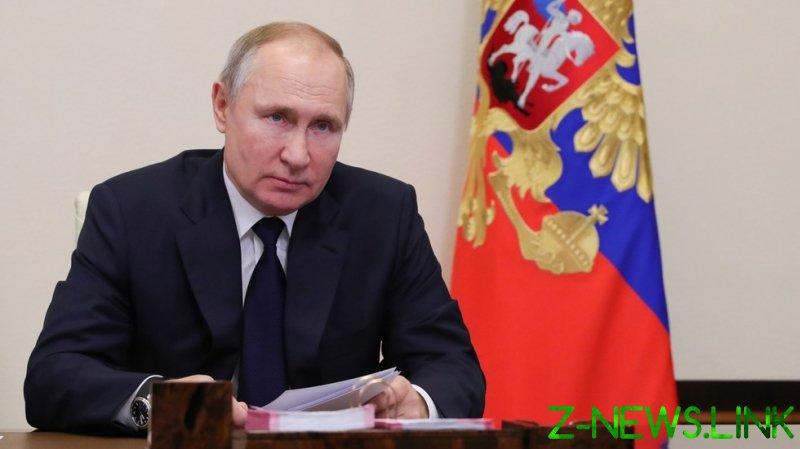 The president was speaking to leaders of Russia’s parliamentary parties in a video conference on Wednesday. “Caveman nationalism, with the slogan ‘Russia is only for Russians,’ only harms Russians, only harms Russia,” he said. “We shouldn’t allow this to happen. Of course, we must make sure that the culture of every nation, its history, and roots of every nation is respected and honored in our country.”

Russia is a multiethnic society, made up of not just Slavic people but also Central Asian indigenous groups, such as Tatars and Bashkirs. The country also has a large number of migrants from foreign countries, most of which were formerly part of the Soviet Union, like Armenia, Georgia and Tajikistan.

“Bulgarians, Ukrainians, Belarusians, Serbs, this is possible. From Central Asia – that’s impossible,” Zhirinovsky said. “The [migrants] carry two grams of drugs in their pockets for personal consumption. But they will sell it here. That’s why you can’t bring in migrants. Let them go – that’s good.”

Nationalist views are endorsed by a wide range of political figures in the country, including imprisoned activist Alexey Navalny. When he first entered the public eye, Navalny was a fixture of the ‘Russian March’, an ultranationalist gathering that had slogans like “Stop Feeding the Caucasus” and “Russia for the Russians,” with participants flying the Russian Empire’s black-yellow-white flag.

“We have problems with illegal migration, we have the problem of the Caucasus, we have a problem of ethnic crimes,” Navalny said in 2011.

Putin’s recent statement is not the first time he has spoken in favor of Russia as a multiethnic and multireligious state and against what he sees as the destructive potential of nationalist sentiment.

“If we huff out this caveman nationalism and throw mud at people of other ethnic groups, we will destroy this country,” he said in 2018.