Home / WORLD / Putin should refuse Biden’s offer of a summit: Americans will bring only political theatrics & threats, nothing will be achieved

Putin should refuse Biden’s offer of a summit: Americans will bring only political theatrics & threats, nothing will be achieved 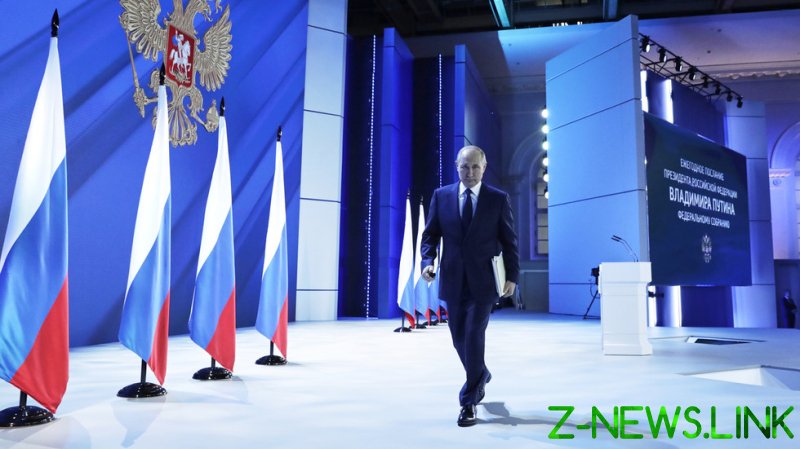 The Cold War divided Europe with a bipolar international distribution of power and an ideological rivalry between capitalism and communism. Following years of dangerous confrontation, a format for pan-European cooperation was pursued to find common ground in the rivalry between both power and regime type.

The Helsinki Accords, also referred to as the Conference on Security and Cooperation in Europe (CSCE), became the founding document for pan-European cooperation. The first article on the principles guiding relations was “sovereign equality” and introduced “respect for human rights” as a topic of discussion in international security. The founding document for a pan-European order intended to promote the “indivisibility of security in Europe.”

The Helsinki Accords influenced former Soviet President Mikhail Gorbachev’s concept of a “Common European Home” that would de-militarize the bloc rivalry and accommodate ideological differences, which was also accompanied by deep reforms within the Soviet Union to open up its system. As the Cold War was declared to be over at the Malta Summit in 1989, there was an opportunity to further deepen the Helsinki Accords.

The Charter of Paris for a New Europe in 1990 became an extension of the Helsinki Accords for an overall European order, which pursued the objective of an “ending of the division of Europe.” The logic of confrontational bloc politics was consigned to the dustbin of history as the “security of every participating state is inseparably linked to that of all the others.”

In 1994, the Helsinki Accords were converted into an official entity, the Organization for Security and Cooperation in Europe (OSCE). It has thus expected that a common European security architecture would replace the bloc politics of the past.

However, the West instead began to organise Europe within Western-centric institutions by expanding NATO and the EU. The OSCE was rendered impotent as a collective security institution and instead became an instrument for the West to monitor the East.

By developing a new Europe without Russia, the Helsinki Accords became effectively invalid. Values cannot be decoupled from power and the concept of “sovereign equality” and the role of human rights in international security became contradictory. The centrality of liberal values meant that a subject-object relationship was organized between a teacher and a student. The West’s self-subscribed paternalistic “socializing role” meant that liberal democracy and human rights became instruments of sovereign inequality.

While the US-led bloc believed Russia had no legitimate security interests or influence beyond its borders, the West could cite human rights as a reason to interfere in Russia or sideline the UN to bomb Russian allies such as Serbia.

At the OSCE Istanbul Summit in 1999, Russia committed itself to withdraw its peacekeepers from the breakaway regions of both Moldova and Georgia. Yet, as it became evident that Russian peacekeepers would merely be replaced by NATO troops marching towards the East, Moscow felt it had to remain for two reasons: First, NATO was not deemed to be a reliable mediator in these conflict regions and Russia-sympathetic peoples would likely be marginalised.

For a case in point, look to the Baltic States, where the EU supported the closure of OSCE missions despite the reluctance of Estonia and Latvia to offer Russian-speakers basic human rights such as the right to vote. Secondly, NATO expansionism towards Russian borders would become an existential threat to Russia.

The Western-backed coup in Ukraine drove the final nail in the coffin of the Helsinki Accords as the foundation for a pan-European order. First, the coup was a manifestation of bloc politics permanently displacing the possibility for a collective security architecture as Ukraine was compelled to choose between the West and Russia.

Second, the justification for the coup demonstrated that liberal values were instrumental to deny sovereign equality. A coup is by definition the illegal and unconstitutional seizure of power by force. Yet, the West repudiated the mere term “coup” as Russian propaganda. A new concept of “democratic revolution” was introduced to legitimize coups. The “democratic” component was confusing, as a democratically elected government had been toppled in a revolt that did not enjoy democratic majority support in the population. The term “revolution,” suggesting the uprooting of deep structures to construct a new political system, was also dishonest, as power was transferred to the opposition.

The collapse of the format for pan-European cooperation will have profound implications in Europe. First, Russia has abandoned its aspirations for a Greater Europe and will instead pursue strategic partnerships in the East. Second, Russia will be reluctant to even allow its domestic affairs and human rights record to be a topic of discussion in international security to the extent it implies sovereign inequality.

US-Russia relations after the pan-European order

As the US and Russia aim to resolve the Ukraine crisis and avoid a major war, it becomes evident that Washington does not appreciate how Moscow is adapting to the collapse of the pan-European order. Washington suggested that if Russia de-escalated and changed its policies, it could be accepted back into the “international community,” a euphemism for the US-led unipolar order. Meanwhile, the US became frantic that Biden was “rewarding” Putin with the great honour of a meeting, which would supposedly boost the legitimacy of the Russian president.

The fundamental misperception appears to be the assumption that Russia aims to find its way back into the US-led order; rather, Russia is pursuing an organized decoupling from the US-led order. Furthermore, the willingness to reach a political settlement is absent. The US and Russia view each other as increasingly less relevant actors and no longer the main focus of their respective foreign policies.

The discussions and expectations of a Putin-Biden summit appear misplaced, as there is very little that can be done to fundamentally change relations. As relations between the US and Russia deteriorate, the West frames all conflicts through the prism of liberal democracy versus authoritarianism. The pressure on Biden to stand up for liberal values and human rights in a summit with Putin will thus translate into the language of sovereign inequality: ultimatums and threats. Diplomatic efforts will therefore likely be counter-productive and the scope for pragmatic cooperation will become more distant.

Until a new format for cooperation is established that restores sovereign equality, any summit between the two world leaders will likely fall victim to political theatrics and harmful posturing. Moscow should politely reject the offer and instead rely on less public formats to negotiate pragmatic and mutually beneficial arrangements.