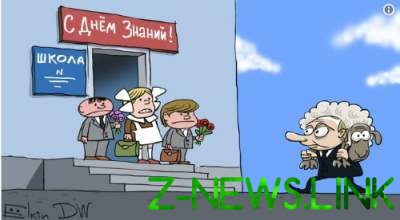 Well-known Russian artist Sergei Elkin in his new cartoon made fun of the coincidence of the open lesson of Russian President Vladimir Putin in Yaroslavl in the knowledge Day with the celebration of Eid al-Adha by Muslims.

The drawing was published in Twitter-account DW (in Russian).

Note that during the open lesson Putin urged the youth to make a fundamentally new step in the development of the country.

“Your task is not just to do something new, it goes without saying, it will be new, based on what was created before. Your task is to make a fundamentally new step”, – said the head of the Russian state.

At the same time, the Cathedral mosque on Prospekt Mira in Moscow, gathered tens of thousands of people celebrating Eid al-Adha. Security was provided by about 4.5 thousand employees of Regardie.

In Moscow, according to the Moi, in celebration of Eid al-Adha was attended by about 300 thousand people. 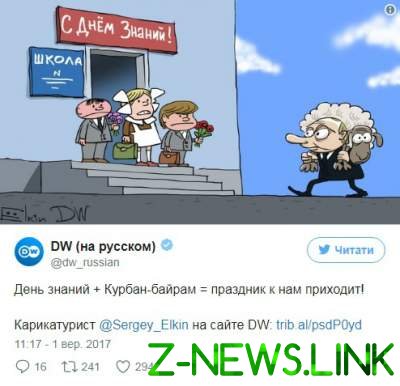