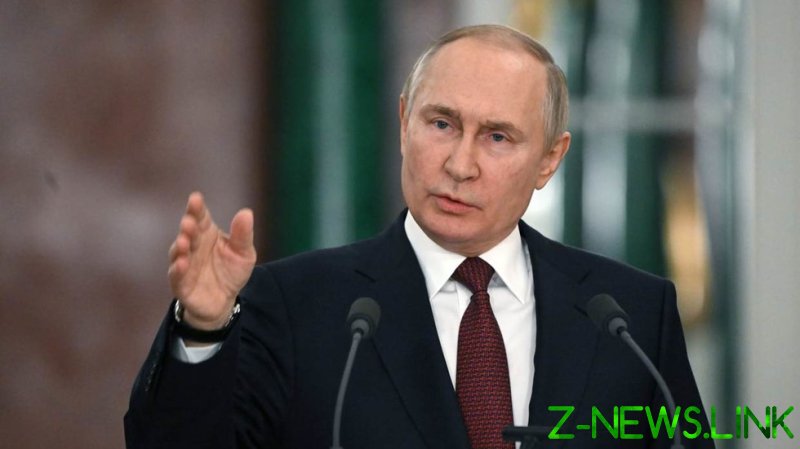 Moscow is seeking to bring together the Russian people, as opposed to the West, which has always been trying to dismantle the country, President Vladimir Putin said on Sunday.

Speaking to TV channel Russia-1, the Russian leader pointed out that, despite Moscow’s attempts to settle all emerging disputes with the West peacefully, some of its counterparts on the global stage have always had other plans.

According to Putin, the Ukraine crisis is a result of the policies of Moscow’s “geopolitical opponents” who have sought to split Russia.

“‘Divide and rule’ – they have always tried to do this, they are trying to do it now. But our goal is something else. It is to unite the Russian people,” he said.

At the same time, the president indicated that he does not believe that, amid the conflict with Kiev and a stand-off with the West, Moscow has found itself close to a red line.

“I don’t think it’s that dangerous. I believe that we are moving in the right direction, we are protecting our national interests, the interests of our citizens, our people,” he noted, signaling that Russia is still ready to talk about acceptable solutions “with all the participants in this process.” However, he added, “it’s they who refuse negotiations, not us.”

Earlier this week, Putin said that Moscow is facing nearly the entire military potential of NATO in the ongoing conflict in Ukraine, adding that Russia’s “strategic opponents” have for many centuries tried to “cut down” and “break up” Russia, because they believe the country is “too big” and poses a threat.

Despite the ongoing fighting between the forces of Moscow and Kiev, he described Ukrainians as “a brotherly people.” “Everything that is happening is a tragedy. Our common tragedy. But it is not the result of our policies,” the president pointed out.