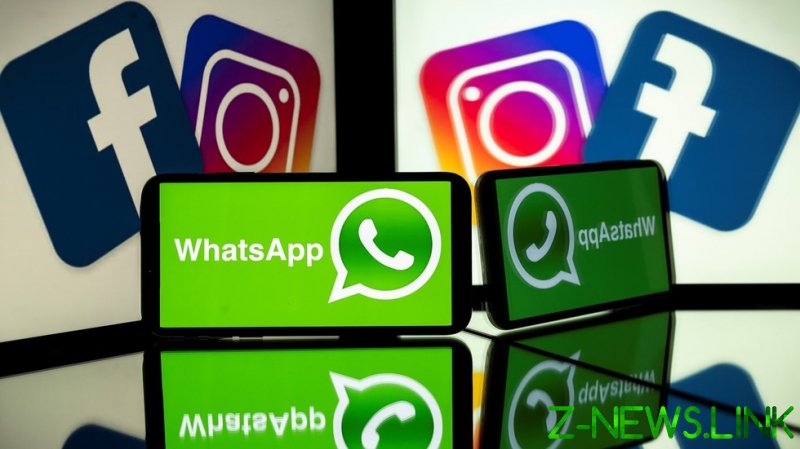 Addressing the winners of the Russia-wide Teacher of the Year competition on Tuesday, Vladimir Putin said that “these platforms are, of course, primarily businesses … and what is the primary concern of a business? Making a profit.”

“They don’t care if this content or that content causes harm for the people at whom it is directed,” he said. “After all, these modern IT companies are more and more beginning to control people’s consciousnesses.”

Putin added that there was sometimes a case for restricting access to certain types of post, saying that “we must think about it, and react to it.” But, he caveated, “we must not make decisions that would limit human freedoms – the freedom of choice and freedom of speech.”

His comments come weeks after his former counterpart, ex-US President Donald Trump, faced suspensions or bans for his accounts on social media sites, including Facebook, Twitter, and Instagram. The moves by the American tech giants to restrict Trump’s posts came in the wake of the storming of the Capitol building in Washington, amid fears of incitement to further violence.

At the time, Russian officials expressed concern over the precedent being set by the judgment of Silicon Valley chiefs. Russia’s Foreign Ministry’s spokeswoman Maria Zakharova said the events amounted to “a nuclear blast in cyberspace.” “It has been a blow to the democratic values professed by the West,” she added.

The Russian founder of the VKontakte social network and the Telegram messaging service, Pavel Durov, also warned that the situation had potential consequences for free expression. “The Apple-Google duopoly,” he said, poses a threat to free expression, as it can “completely restrict which apps you use.” His comments appeared to be a reference to the banning of the Parler app from Apple’s iOS store, after supporters of Trump migrated to the service.