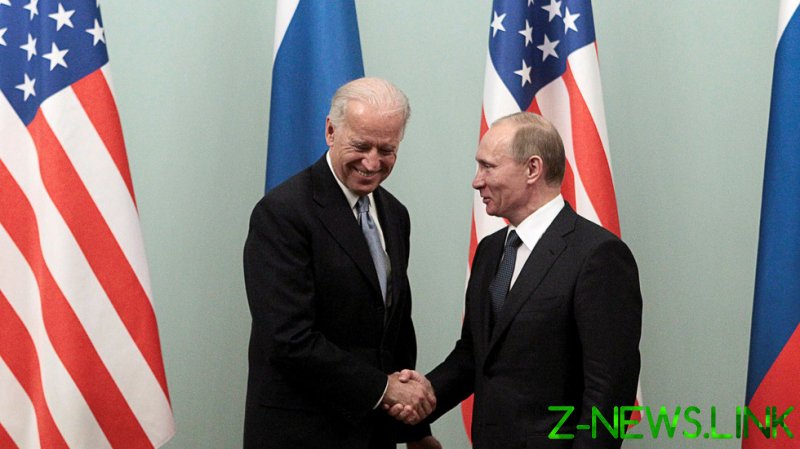 Speaking with  NBC News’ Keir Simmons in Moscow, ahead of the June 16 summit with Biden, Putin called the “killer” comment “Hollywood macho.”

“Over my tenure, I’ve gotten used to attacks from all kinds of angles and from all kinds of areas under all kinds of pretext, and reasons and of different caliber and fierceness and none of it surprises me,” Putin said, in a segment NBC aired on Friday evening. The full interview is scheduled to air on Monday, June 14.

It was ABC news presenter and former Democrat aide George Stephanopoulos who called Putin a “killer” during an interview in mid-March, asking Biden if he would agree.

“Mmm hmm, I do,” Biden replied. The 78-year-old then told a story about an alleged confrontation with the “soulless” Putin in 2011, which did not correspond with official records of the meeting.

When Simmons accused Putin of having critics killed, the Russian president called the question “verbal indigestion” and denied having anything to do with the deaths.

Putin pointed out that relations between Washington and Moscow are at their lowest point in years. Neither the White House nor the Kremlin expressed high hopes that the June 16 summit in Geneva would change that.

The Russian president described former US leader Donald Trump as a “colorful individual” who did not come from the establishment and “big time politics,” which is a fact whether people liked it or not. The current occupant of the White House is “radically different,” he said.

“President Biden is a career man. He has spent virtually his entire adulthood in politics,” Putin told NBC. “That’s a different kind of person, and it is my great hope that yes, there are some advantages, some disadvantages, but there will not be any impulse-based movements, on behalf of the sitting US president.”

This is the Russian president’s first interview with a corporate US outlet since July 2018, when he sat down with Chris Wallace of Fox News during the summit with then-President Donald Trump in Helsinki, Finland. The last time NBC got an exclusive with Putin was in March that year, when he was interviewed by former Fox presenter Megyn Kelly.

Putin and Biden are scheduled to meet on June 16, at the Villa LaGrange on the shores of Lake Geneva. The 18th-century estate is symmetric, so both delegations can be given the same number of rooms, protocol officials told reporters. The villa also underwent some renovations ahead of the summit.

Security has been stepped up as well. Up to 3,500 police will be deployed to boost security at the villa, the airport, diplomatic missions and the hotels used by Russian and American personnel. Geneva airspace will be restricted between June 15-17. The city’s lakefront will also be locked down and secured with barricades and barbed wire, with no pedestrians, vehicles or boats allowed.