Putin said about the “inevitability” of rapprochement of Russia and Ukraine 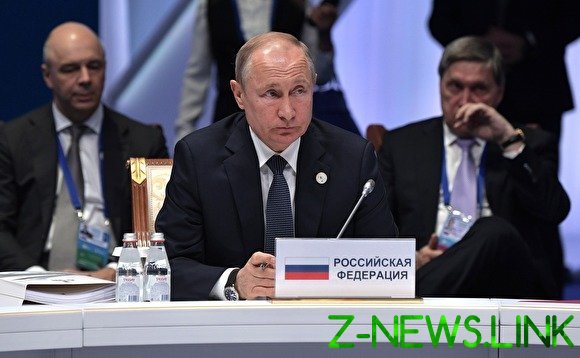 The President of Russia Vladimir Putin said about the “inevitability” of rapprochement with Ukraine. He told about it in interview to TV channel “Mir”.

“It is inevitable that we will restore our relationships, this can not be between parts of the same nation, or between the two brotherly peoples, no matter what happens in our relationship with the elites,” said the Russian leader.

See also:  Kiev supported the strengthening of sanctions against the DPRK

He also expressed the hope that Ukraine’s new leadership “feels free, relying on the trust that has been given by the people of Ukraine.” “I think it will be able to act vigorously in the direction of the restoration of relations between Ukraine and Russia, and in the solution of problems in the country”, — said Putin.

Recall, comedian and producer Vladimir Zelensky took office of the President of Ukraine on may 20.

Relations between the two countries deteriorated in 2014, when Russia on the basis of a referendum recognized Crimea as its territory, and Ukraine is considered that the Peninsula occupied.