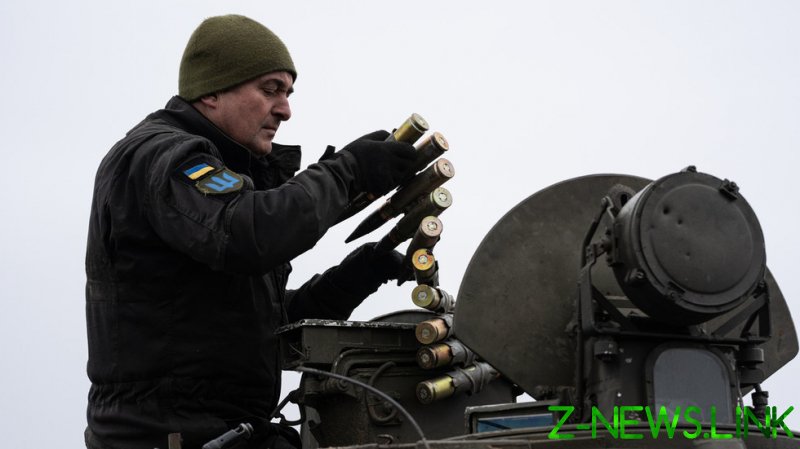 “I want to say this for the first time: at the very beginning of the operation in Donbass, to avoid bloodshed, we asked the Kiev authorities through various channels to not engage in hostilities but simply withdraw their troops from Donbass. They didn’t want to,” Putin said in a video call with the governors of Russian regions.

“Well, that’s their decision. They will inevitably come to realize what is happening in reality, on the ground,” the Russian president added.

The revelation came three weeks after Putin ordered the Russian military to enter Ukraine to demilitarize and “denazify” the government in Kiev. He accused Ukrainian leadership of “genocide” against the Russian-speaking residents of the Donetsk and Lugansk republics – which Russia had recognized as independent just days earlier – as well as seeking NATO membership and nuclear and biological weapons, all of which he said represented an existential threat to Russia’s security.

All diplomatic options were “completely exhausted,” Putin said, leaving Moscow “with no options to peacefully solve problems that arose through no fault of our own.”

According to the Russian president, Kiev not only refused to negotiate with the Donbass republics, but prepared for open war against them and Russia, and continued bombing civilians while sending saboteurs and terrorists into Crimea – the peninsula that voted to join Russia after the 2014 US-backed coup in Ukraine.

“We had no other option for self-defense, for ensuring the security of Russia, except for conducting a special military operation,” the president said, adding that the intervention “will reliably ensure the security of Russia and our people and will never allow Ukraine to serve as a springboard for aggressive actions against our country.”

Putin noted that Russia does not intend to occupy Ukraine, and that its troops are doing “everything in their power to avoid losses among the civilian population of Ukrainian cities.”

Ukrainian President Volodymyr Zelensky has accused Russia of attacking without provocation. On Wednesday morning, he addressed the US Congress via video link, pleading for shipments of airplanes, missiles and other weapons, as well as a NATO-enforced “no-fly zone” over Ukraine. The US and its allies have sided with Ukraine and imposed a sweeping economic embargo on Russia, but both Washington and NATO have drawn the line at actual military confrontation with Moscow, so far.