Home / economy / Putin returned to Russia in the 90s 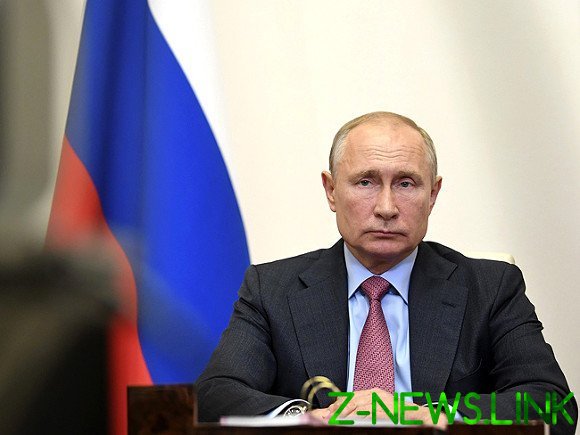 The regime has violated its oath to protect the people from the horrors of the “bloody decade”. We again live in it.

Of course, not today all started. For example, the standard of living went down seven years ago. But such a lot of new poor, the former until recently very prosperous people — a phenomenon this year. As the unscrewing of the power vertical, and dip the highest of its management in any strange for citizens, interests, and activities. It is easy to blame everything on the epidemic and lockdown. But in fact they only accelerated what has been brewing without them.

The main state of the twentieth anniversary of Putin’s promise was never spelled out the words: the nineties would never happen again. Defamed and called “cursed”, this decade was until the end of time to serve as backdrop for new, granted Putin, life — prosperous, orderly and pleasantly old-fashioned. All other performance achievements, from getting up from his knees before the West before the restoration of the Empire into several small areas, were the only add-ons to this primary. No wonder public denigration of the ‘ 90s, as a living memory of them has subsided, became more and more insistent and clamorous.

But history played a joke on the regime and its head.

Our current reality though does not repeat the 90 one to one, but becoming more like them in some of the main points.

1. Broken the usual standards of welfare. The reduction in revenues by one-eighth during 2013 — 2019, people barely could perceive as a temporary difficulty. But the fall at the same rate for one current year, and together have a quarter of the peaks of the fat years, deprived of all sense of poetry about growing standard of living. From 1990 to 1999 the real income declined by 50%. However, the idea that depletion is a feature of the then system, formed much faster. And now something similar happens.

2. Masses of people must once again find their place among the ruins. Only those who are directly or indirectly linked to the public sector, today worry about their incomes and jobs. The rest of the lockdown left no legitimate earnings, and authorities — without the material and moral support. The abolition of epidemic restrictions will become for many Russians, only a permission to return to the ruins and start again. Perhaps they will not be as scary as their parents, which the market transition of the 90s thrown into a complete unknown. But the troubles of the current generation, too, will blame the regime. Moreover, it knows how the Treasury is richer now than a quarter century ago.

3. Oil is cheap again. In the detailed explanation of this paragraph is not needed.

4. Mediocre and anti-social spirit of the corps economic and institutional chiefs. In the 90s the public beach was “red Director” with “a management style, which is characterized by authoritarianism, incompetence in the legal and financial issues and unwillingness to work in market conditions”.

And today “the activities in the market” not ready for almost all managers, nominated Putin for twenty years. Yes, they are not promoted. But a critical mass of incompetence has accumulated at once.

Only now, in difficult times, everyone can see what kind of stone this layer is hanging on the neck of the country. Systemic corruption is only part of it is incompetent, and perhaps even not the main. A leak that Gazprom’s fabulously expensive super-project “Power of Siberia” is a Linden, reveals only the edge-state economic life. And unlike the 1990s, not in favor of the 2020’s. “Red Directors” at least tried to push from office. “Putin of Directors” of companies and government agencies have never clocked. They are still confident in the strength of their positions.

5. Alienated and do not use any of the people’s trust in the highest circle. In the mid-90s, this round was very disjointed and was in law enforcement (such as Korzhakov), “oligarchs” (Berezovsky), and the “reformers” (like Chubais). Causes of acute unpopularity of the first, second and third were very different, but the fact that people’s dislike to them was generally accepted and acutely experienced by most of them.

Now the community of magnates was much closer. It is not at once realize than in a public sense is different some ex-strongman, now a tycoon (for example, Sechin) from a former reformer and now polyconstructors (for example, Kirienko). But people’s perception of their totality is continuously deteriorating. However, unlike its predecessors, the current dignitaries that circumstance is unknown. They are waiting for surprises.

6. The President sat up. It is almost forgotten, but in the late 90s, the desire of Boris Yeltsin as any to rewrite the rules to perpetuate their power no doubt almost none. This alleged desire to remain in office has been a constant theme of public debate and greatly angered the people.

Vladimir Putin has reached the age of then Yeltsin favorably comparing his state of health, and a tolerable rating. But there are no signs that the average person wants to see its eternal ruler. Apical vanity aimed at the organization for his tenure, awakens in the citizens of the irritation of the same type that caused the fuss around Yeltsin. This irritation is not so great as at that time. But he will grow and grow.

2020-e be the second edition of the 1990s, although the bottoms and tops of this, I had not yet experienced.

Yes, on his new startup this is the nineties without freedom, without hope of a bright capitalist future, which was strong at the beginning of this decade, and without hopes for a strong arm, fierce in the end. But the attempt of Putin’s system to undo all that happened in those times, brought the country to a historic failure. So, in the same way have to go again.