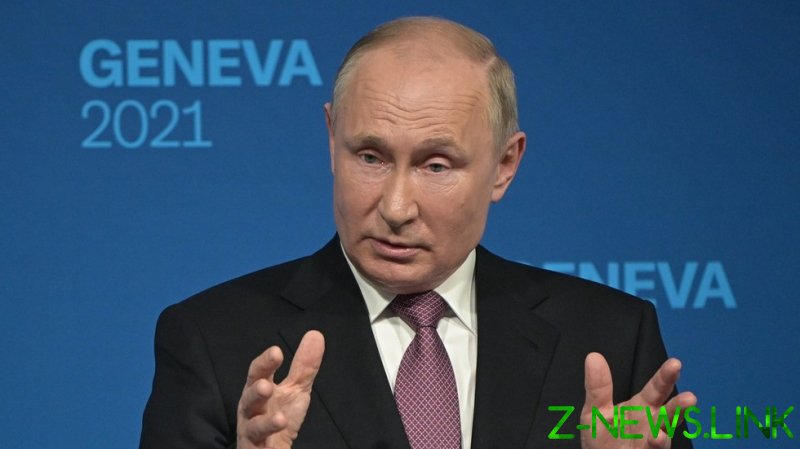 Putin was asked by American reporters whether his government was engaging in a “crackdown” against domestic opposition, and whether Biden had asked the Kremlin to put an end to supposed repressions. Rejecting the insinuations, Putin said that Washington had no real grounds on which to complain.

“America recently faced some of the hardest events in its history, after the murder of an African American and the creation of the whole Black Lives Matter movement,” he pointed out. “I will not comment on this now, I just want to say that the things we saw – pogroms, violations of the law, and so on – we sympathize with the Americans and the American people, but we do not want this to happen on our territory.”

He went on to say that Russia had watched the events of earlier this year, when protesters stormed the US Capitol building in support of former President Donald Trump, closely.

In the lead up to the meeting, Biden had said he would raise the issue of human rights and the case of jailed opposition figure Alexey Navalny. “I’m meeting with President Putin in a couple weeks in Geneva, making it clear we will not stand by and let him abuse those rights,” he said. “It’s time to remind everybody who we are.”

In a sign that the Moscow delegation would reject a one-sided lecture from Biden, Russian Foreign Minister Sergey Lavrov said that any discussion of human rights would also have to address the treatment of the rioters who broke into the Capitol building in January.“A lot of really interesting things are happening from the point of view of the rights of the opposition and protecting those rights,” the envoy said.

However, Putin said that overall the talks in Switzerland were “constructive” in tone, and dealt with co-operation in the Arctic region and other international issues where the two sides could find common ground. Lavishing praise on his counterpart, the Russian leader said that Biden was a “statesman,” saying that he was a “seasoned politician” and had approached the discussions in a positive way.

However, speaking at a separate press conference after the encounter, Biden asked how he could have avoided raising the issue of human rights. He added that, in his opinion, the US has a long history of working to extend liberties across the globe.

Putin revealed that Russian and American ambassadors would soon return to their posts in the countries’ respective capitals, months after top-tier diplomatic contacts were broken off.