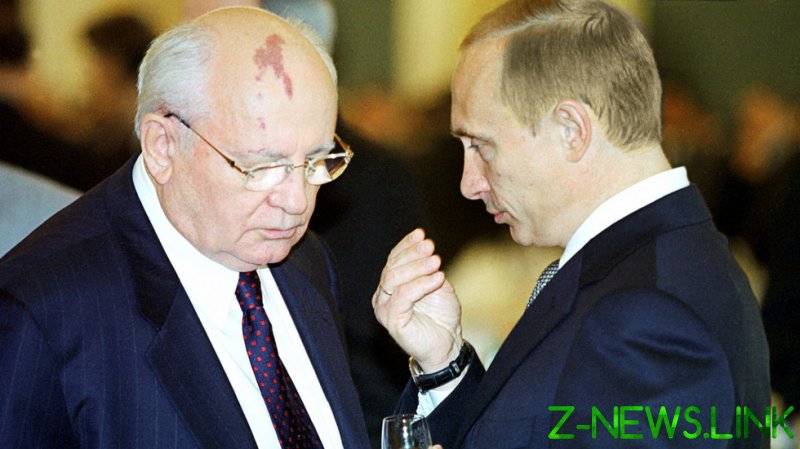 Russian President Vladimir Putin has expressed his “deepest condolences” on the death of Mikhail Gorbachev to his family and friends, the Kremlin said shortly after midnight on Wednesday.

The president will “send a telegram” to Gorbachev’s relatives in the morning, his spokesman Dmitry Peskov told RIA Novosti.

The Soviet Union’s first and only president died in Moscow at the age of 91, “after a serious and prolonged illness.” He was hospitalized at the very beginning of the Covid-19 pandemic and had been under medical supervision ever since.

Born in 1931, Gorbachev became the general secretary of the Central Committee of the Communist Party of the Soviet Union in 1985. He sought to reform the USSR through a series of economic (“perestroika”) and governance (“glasnost”) policy changes, and became its first elected president in 1990.

Though the attempted coup against him in August 1991 failed, Gorbachev’s authority did not survive for long. By December that year, the leaders of Soviet republics of Russia, Ukraine and Belarus had signed the Belovezh Accords, effectively breaking up the Soviet Union against the desires of the majority of its citizens.