Home / WORLD / Putin poised to set out vision for future in dramatic speech, in what allies say will be ‘world’s most important political event’

Putin poised to set out vision for future in dramatic speech, in what allies say will be ‘world’s most important political event’ 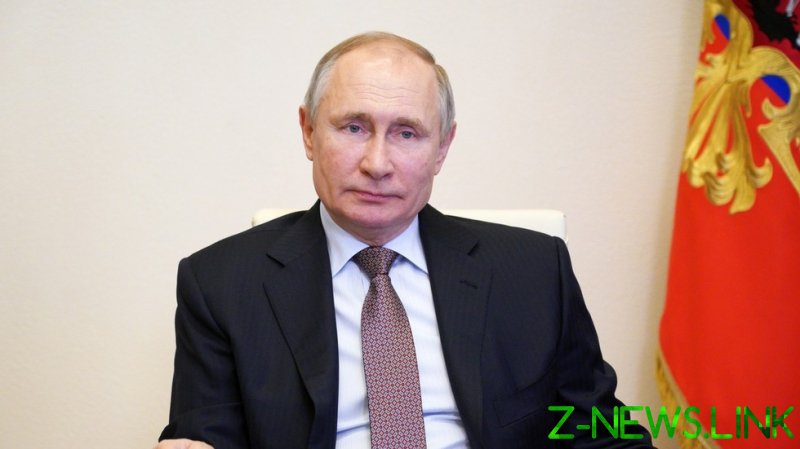 The chairwoman of the Russian Senate, Valentina Matvienko, told reporters on Tuesday that the speech would set out answers to a number of challenges facing the world.

“This will be a message for a new age,” she said. “But at the same time, as always, current issues will be addressed, focuses will be defined and direct instructions will be given.” Matvienko added that “in the current difficult environment facing the world, which comes with many obstacles for countries including Russia,” the address would become “the most important political and public event.”

Putin is due to speak to the national parliament, encompassing both the Senate and its lower house, the State Duma, on April 21. Kremlin spokesman Dmitry Peskov revealed on Monday that the annual message would be delivered in person, amid a relaxing of social distancing rules governing workplaces across the country. “The rest of the details are being worked out,” he added.

At a meeting of the World Economic Forum in January, Putin warned that the coronavirus pandemic was driving countries to borrow beyond their means and driving up inequality. Increasing the debt burden, he said, was an outdated way of stimulating growth. “If 20 or 30 years ago the problem could be solved by means of stimulating macro-economic policy, today these mechanisms have reached their limits,” the president said.

“Over the past 30 years, real incomes of people living in most of the developed countries have stagnated while the cost of education and health services has increased. Millions of people, even in rich countries, no longer see the prospect of boosting their incomes,” Putin added.

Russia has also entered an election year, with a poll scheduled for on or before September 19 to elect members of the State Duma. While the governing United Russia party took over 54% of the vote in 2016, guaranteeing it a majority of more than 100 seats, this ballot will take place amid a global economic turndown and a pandemic that has seen seismic political shifts take place elsewhere in the world.