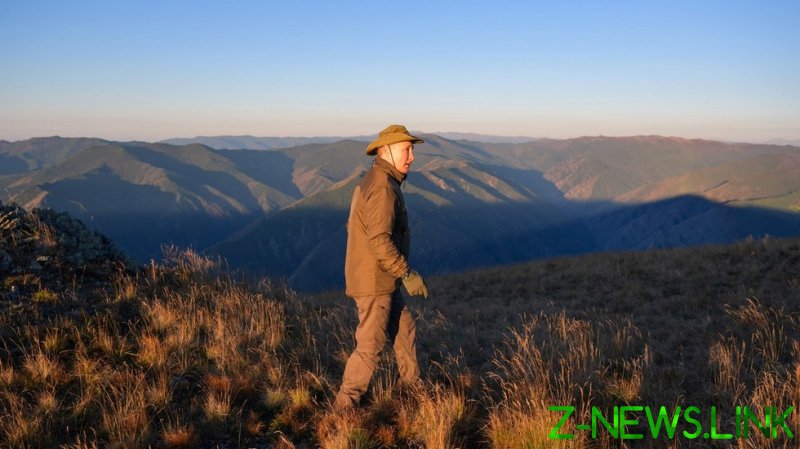 On Thursday, Rostourism said that, alongside tour operators, plans are being put together to construct a route around several areas of the country’s largest region that will allow keen Kremlin-watchers to trace Putin’s footsteps throughout a number of his most frequented bolt-holes, hunting grounds and mini-break sites.

“There are a lot of requests from tourists about where our president travels – people see unique places on TV and they also want to go there, to get to know their country better. Therefore, Rostourism and leading tour operators of Russia have come up with an initiative to create a new national tourist route to places where the president likes to rest. The draft of such a route will be considered at the nearest expert council of Rostourism this year,” the agency said.

In September, the Kremlin released photos of the president’s recent trip to Siberia, where he reportedly went hiking and fishing with Russia’s Defense Minister Sergey Shoigu. The pictures show Putin standing in a river, picking up fish caught by the pair, as well as walking through some of the region’s boundless breathtaking landscapes.

Putin’s prior travels are memorialized in iconic photos of the shirtless president relaxing in the Republic of Tyva and on horseback in the Republic of Khakassia, among other destinations he is known to have visited on holiday, away from his political duties.

Officials say that the new presidential tour is part of an overhaul of Russia’s offering to international and domestic visitors, in line with what a new generation of tourists want. By 2024, Rostourism plans to confirm over 1,000 routes all around Russia, with 5.3 billion rubles granted to support travel projects.