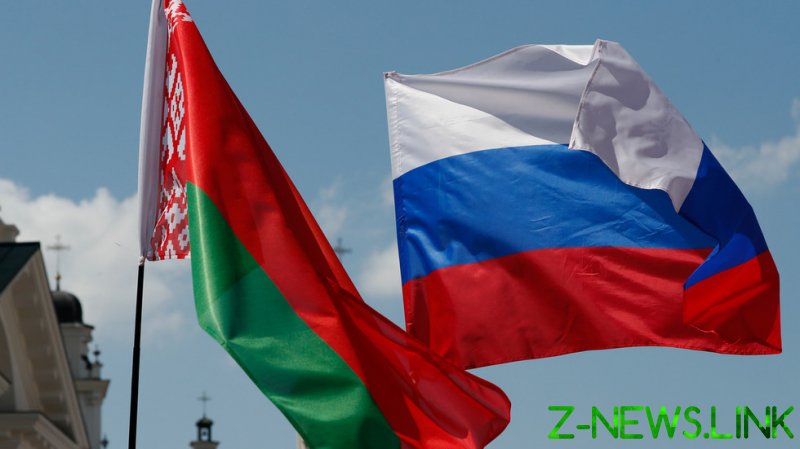 The landmark documents were signed by Vladimir Putin and Aleksandr Lukashenko on Wednesday during a meeting of the Supreme State Council of the Union State of Russia and Belarus. Due to Covid-19 measures, the meeting was held via a video link.

The new military doctrine, also signed on Wednesday, would “make defense policy more coherent [and] adapt the objectives of the defense ministries in a timely fashion,” State Secretary of the Union State Dmitry Mezentsev said.

Announcing the revision last month, Russia’s Defense Minister Sergey Shoigu said the doctrine had been updated to better coordinate the actions of the two nations, not only purely in the military arena, but also to resist the economic and political pressure coming from the “so-called collective West.”

Putin and Lukashenko also signed a package of integration documents containing 28 programs designed to unify the legislation and policies of the two nations, bringing them closer together.The integration program is focused on economics, and includes the creation of a unified gas and oil market, as well as closer cooperation on nuclear energy.

The Russia-Belarus Unionwas created back in 1999, and outlined plans for deep cooperation and integration between the two countries. While the project originally foresaw the establishment of a joint parliament, cabinet, and courts, along with other shared institutions, effectively morphing the two countries into a unified state, none of these plans have since materialized.

Merging the two countries into a single state “isn’t on the agenda at all,” Lukashenko told CNN last month, when asked whether the reinvigorated integration process might lead to Belarus being “slowly absorbed into Russia.”

“This is a product of the collective Western imagination,” he stated, adding that he and Putin were “intelligent enough to create a union of two independent states” that would be sufficiently strong.