Putin laughingly told about the fires in Siberia flood victims 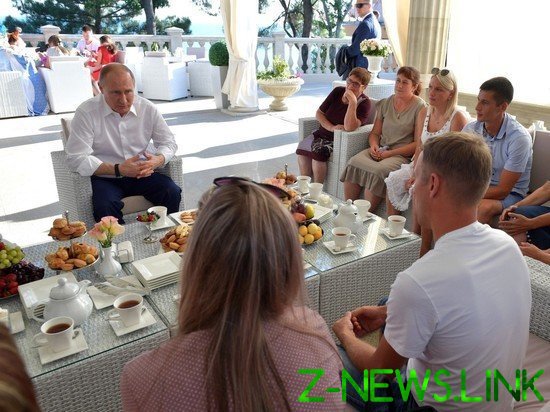 President Putin on 6 August met in Sochi with flood victims in Irkutsk region — now a family of Tulun and other settlements caught in the flood zone, relax in the “Dagomys”. After the President’s visit to Irkutsk region was invited to Moscow and St Petersburg, on vacation in Sochi, and children were examined by physicians.

Siberians in social networks drew attention to the fact that, in speaking about the fires in Siberia, Putin laughed.

During the conversation one of the women said, in Sochi, Moscow and St. Petersburg, “everything is fine”, but back is terrible. Her husband added that the idea was to move to another city — for example, in Krasnoyarsk.

“Well, there are fires, I have heard,” Putin said with a laugh. But then switched to a serious tone, saying that the fires occur in areas that are not even available for aviation.