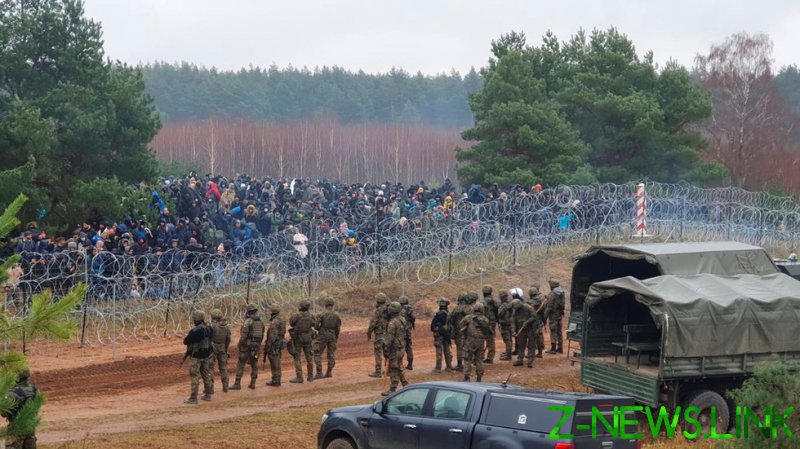 The Polish prime minister pointed the finger at Russia during an extraordinary session of the country’s parliament, convened to assess the ongoing crisis on Tuesday. The border standoff, where thousands of illegal migrants are facing Polish police and military, has been staged deliberately, he claimed.

The migrants, who are not legit refugees, have been used as “human shields” in order to “destabilize the situation in Poland, the Baltic states and the European Union” as a whole, Morawiecki alleged. Belarusian President Alexander Lukashenko, however, is not an independent actor in the crisis, but merely a purveyor of Russia’s “neo-imperial” policy, the official went on.

“The latest attack by Lukashenko, who became an executor, but with Putin as the director in Moscow, shows resolve in the scenario of rebuilding the Russian empire,” the PM alleged, adding that the border crisis is not only a “direct use of violence against the Polish state” but also a “staged play.”

Earlier on Tuesday, Russian Foreign Minister Sergey Lavrov argued that the escalating situation on the border was the fault of the EU.

“The main responsibility for resolving the migrant crisis lies with those who made it possible for the crisis to start in the first place,” he said.