Putin invited the new President of Germany in Russia 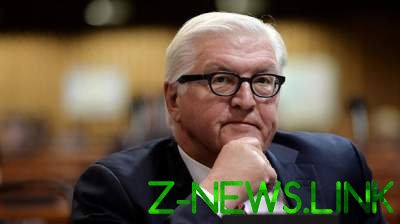 Russian President Vladimir Putin and his German counterpart Frank-Walter Steinmeier will hold a meeting on October 25. About it reports a press-service of the Kremlin.

It is noted that the German President will visit Moscow at the invitation of Putin.

“On October 25 will take place the meeting of Vladimir Putin and Federal President of the Federal Republic of Germany Frank-Walter Steinmeier, who will visit Moscow on a working visit at the invitation of the head of the Russian state”, – stated in the message.

The Kremlin has informed that during negotiations it is planned to discuss the state and prospects of development of Russian-German relations. The heads of state will also exchange views on a number of topical issues on the international agenda.

We will remind, on March 22 of this year, Steinmeier officially took the post of President of Germany. The inauguration ceremony of the 12th heads of state was held in the plenary hall of the Reichstag at the joint meeting of the members of the Bundestag and the Bundesrat.

In August, the German leader warned Moscow of increasing tensions in relations with the West and confrontation with it.

German politician known for having participated actively in the negotiations on the Donbass as head of the German foreign Ministry. He is known for Ukraine the proposal on the settlement of the situation – “formula Steinmeier”. It involves the introduction of the law on special order of local government in certain districts of Donetsk and Lugansk regions on a temporary basis on the day of the local elections in Donbas and on an ongoing basis – after the publication of the OSCE report on their results.