Home / WORLD / Putin: Hunter Biden ‘made very good money’ in Ukraine, but Moscow isn’t aware of ‘anything criminal’ there

Putin: Hunter Biden ‘made very good money’ in Ukraine, but Moscow isn’t aware of ‘anything criminal’ there 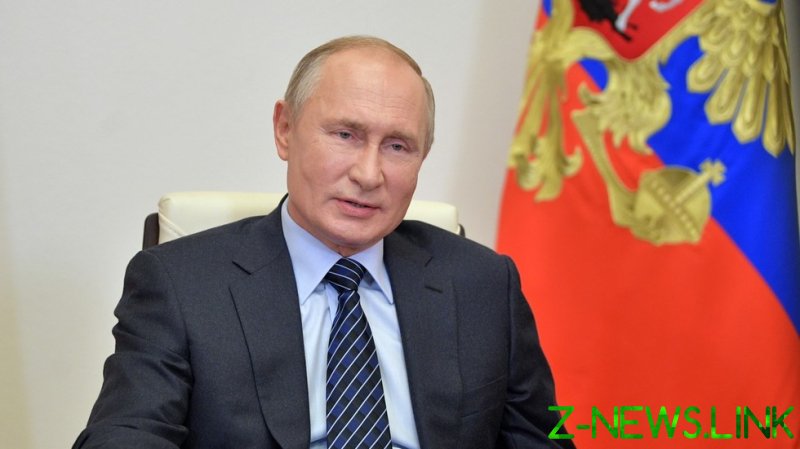 “It doesn’t concern us. It concerns the Americans and the Ukrainians,” Putin said when asked about Hunter’s business dealings in Ukraine during an interview with Rossiya-1 that was aired late on Sunday.

The Russian president said he is aware of “at least one company” Joe Biden’s son “de-facto headed,” adding that Hunter “apparently made very good money” from this endeavor. Still, Putin said he does not “see anything criminal about it.”

Hunter Biden joined the board of Burisma Holdings – one of Ukraine’s largest private natural gas producers – in 2014, soon after the violent coup in Ukraine and when his father was still vice president under Barack Obama. Hunter stayed on the board until his term expired in 2019.

This issue has been raised repeatedly by current President Donald Trump, who has accused Joe Biden of influencing US policy towards Ukraine and even pressuring Kiev into firing the then-Ukrainian prosecutor general to supposedly help his son’s company during a corruption investigation.

Hunter’s business interests in Ukraine – and allegedly in Russia – were once again invoked by Trump during the final presidential debate on Thursday. Trump claimed that Biden “and his family” were “raking in” a fortune from Ukraine, Russia, and China.

Putin refused to weigh in on claims that the former VP himself was “getting a lot of money from Russia,” as insinuated by Trump, responding “no comment” when asked.

The Russian leader also said he is unaware of any “commercial relationships” between Hunter Biden and Yelena Baturina, the widow of ex-Moscow Mayor Yury Luzhkov – another issue raised by Trump during the debate. Baturina, one of Russia’s richest women, once ran an investment and construction company, and later founded an investment fund. Putin said the businesswoman and billionaire “has had numerous business contacts” but that he does not know if there have been any Americans among them.

As for his own relations with Luzhkov, Putin described them as “respectful” and “trusting” but added that they had always remained strictly official.