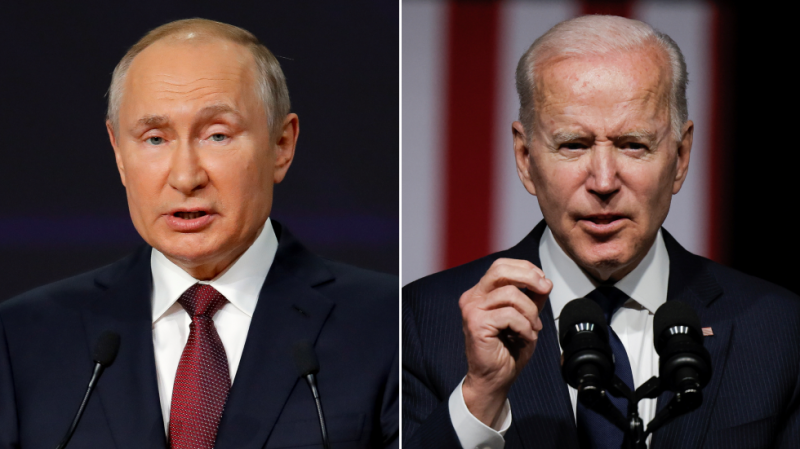 In comments broadcast by national television on Sunday, Putin said the military superpowers needed “to create actual working mechanisms for cooperation on subjects that are of mutual interest to us.” These included “strategic stability, regional conflicts, [and] global concerns about the environment,” he said.

The two presidents are set to have their first one-to-one meeting since Biden took office in January, with a tense conversation likely at what is a low point in US-Russia relations.

Relations between the US and Russia were reasonably good in the 1990s and 2000s, but have taken a nosedive over the past decade. During Donald Trump’s presidency, Moscow was repeatedly used as a political stick with which to beat the Republican leader.

He was relentlessly accused by his political opponents of being soft on Russia or even secretly being controlled by Putin. His actual policies towards Russia were quite hostile, however, perhaps as a result, and much sterner than those of his Democratic Party predecessor, Barack Obama.

Among other things, Trump sent lethal military aid to Ukraine and ended two Cold War-era treaties with Russia that placed restrictions on intermediate-range nuclear weapons and allowed trust-building through regular military inspections. Biden’s win has permitted another key treaty, New START, to be salvaged. This limits the number of strategic nuclear weapons that the US and Russia can have.

Otherwise, the Biden administration has continued treating Moscow as a strategic rival. The incumbent US president accused Russia of launching cyberattacks against the US, meddling in its elections, and, at one point, implied Putin was “a killer.” The Russian president downplayed the characterization as “Hollywood machismo” meant for the domestic audience in the US.

During Sunday’s interview, Putin also stressed that the poor state of relations between the two countries, including the sanctions Washington has placed on Moscow, hurts both sides.

“Many American companies want to work with us. They get pulled out of our market by the ears, and they give way to competitors. Does that really benefit the American economy?” he wondered.

The Biden-Putin meeting is to take place on Wednesday. There will be no joint media conference following the talks, with Washington reportedly concerned that putting the two leaders side by side before the press would give the edge to Putin. A 2018 meeting between him and Trump in Helsinki resulted in a PR disaster for the previous US president.