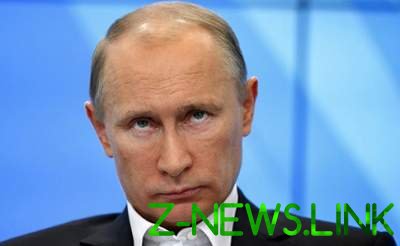 The decree “On certain categories of foreign citizens and individuals without citizenship, have the right to submit applications for admission to Russian Federation citizenship in a simplified procedure” published on the Kremlin website on may 1.

In particular, such right is given to citizens of Ukraine who do not have citizenship (nationality) of another state, as well as stateless persons, born and permanently living on the territory of occupied Crimea and Sevastopol traveled outside of these territories before 18 March 2014, and their children, including adopted (adopted), spouses and parents.

Also under the decree under the people having the certificate of the participant of the “State program on rendering assistance to voluntary resettlement to Russian Federation of compatriots living abroad, permanently living on the territory of individual regions of Donetsk and Lugansk regions of Ukraine as of 7 April 2014 and 27 April 2014 Respectively,” as well as their children, spouses and parents.

In addition, a simplified procedure citizenship of the Russian Federation may be given to foreign citizens and stateless persons, “who themselves or relatives in the direct ascending line, adoptive parents or spouses which have been subjected to unlawful deportation from the territory of the Crimean ASSR, as well as their relatives in a straight descending line, adopted (adopted) children and spouses”.

Among the documents that you must submit specified categories of citizens of Ukraine and stateless persons to obtain citizenship of the Russian Federation are “documents confirming the absence of disease of drug addiction and infectious diseases that pose a danger to others” and a certificate of absence of HIV infection.

The decree provided that the term of consideration of applications for admission in citizenship of the Russian Federation and taking decisions thereon shall not exceed three months.

The decree comes into force from the date of signing.